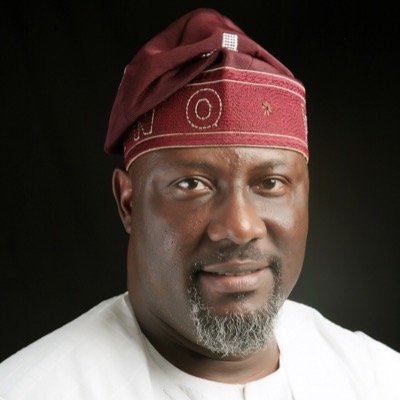 Mike Ozekhome, a senior advocate of Nigeria (SAN), says Dino Melaye, senator representing Kogi west, jumped out of a police vehicle because he did not want to die.

Ozekhome, who is Melaye’s counsel disclosed this at a high court in Lokoja, capital of Kogi state, on Monday.

The police had arrested the lawmaker and was conveying him to court when he attempted to escape. But Ozekhome justified the action of his client, saying he was teargassed.

”The truth of the matter is that initially, the police told Melaye that they would take him to a high court in Abuja for prosecution but the police suddenly decided to head to Lokoja and Melaye said while they were in the vehicle, the police tear-gassed him twice,” Ozekhome said.

“Melaye protested against why they were taking him to Lokoja instead of Abuja. So, as soon as the vehicle carrying Melaye came to a standstill at Area One intersection roundabout, Melaye forced the door of the vehicle open and jumped down because he was gasping for breath and he did not want to suffocate and die.

”Again, when Melaye jumped from the bus and started shouting, the people around that area and his lawyers sympathised with him and took him to a medical centre in Abuja where the police again came and bundled him to the National Hospital in Abuja, where they chained him to his bed like a common criminal. ‘The question is if someone has the plan to jump bail, he will not allow himself to be in the hospital, he will run to his village or can even run out of the country.”

A high court in Kogi state has fixed May 10 to hear the bail application of Melaye.

Last week, the police arraigned him at a magistrate court in the state. He was charged with arming two suspects for kidnapping and robbery. The court remanded him in police custody.

The bail application by Ozekhome was denied by Suleiman Abdulahi, the magistrate, who asked the senator to spend five weeks in custody.

However, Nasir Ajanah, chief judge of the state, ordered that the senator should be taken back to the National Hospital, Abuja, following an application for bail.