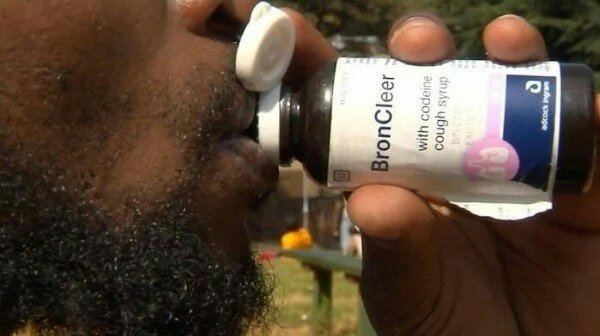 The House of Representatives on Tuesday, May 22, proposed a N2 million fine and a two-year jail term for corporate offenders of the ban on Tramadol and Codeine in the country.

According to the proposal, individual offenders will be liable to N500, 000 fine and two years imprisonment or both on conviction.

A Bill on it also stipulates that in the case of a corporate body, all the directors, managers, partners and trustees would be guilty of an offence and would be punished as if they had committed the offence themselves.

The Bill, sponsored by Betty Apiafi (Rivers-PDP) seeks to amend the Food, Drugs and Related Products (Registration) Act Cap. F33 Laws of the Federation of Nigeria, 2004.

The bill also seeks to review the penalties and confer jurisdiction on High Court of the State to try offences under the Act.

Leading debate on the bill, Mrs Apiafi said “In Nigeria, between January and December, 2015, 1,044 patients were admitted for treatment in the 11 treatment centres currently part of the Nigeria Epidemiological Network of Drug Use (NENDU) reporting system.

“And, 28.3 per cent of the patients had an opiate addiction and the opiates were mainly prescription Medicines: Tramadol (71 per cent as 1st most frequently used substance and specified).

“Codeine (15.1 per cent) and Pentazocine (9.9 per cent), Heroine and Morphine represented only 3.3 per cent of the opiates declared,” she said.

She added that since 2015, Codeine had nearly overtaken Tramadol as the most abused opiate in Nigeria.

“Thousands of young people in Nigeria are addicted to Codeine cough syrup – a medicine that has become a street drug. Three million bottles are drank everyday in Nigeria’s North alone, according to a recent Nigerian government report.”

The lawmakers also explained that the World Health Organisation (WHO) estimated in 2011, that 64 per cent of anti-malaria drugs in the country were found to be counterfeit.

“It is assessed that counterfeit drugs provided approximately 75 billion dollars in revenue annually to illegal operators and have caused more than 150,000 deaths worldwide,” Mrs Apiafi said.

According to her, legislators must also do their part in this war against commercialisation of illegal and unregistered food and drugs.

Sections 6, 7, 9 and 13 of the Principal Act were amended in the new bill which the lawmaker said was birthed 25 years ago and had never seen any amendment or reform till date.

The bill unanimously passed the second reading when put to a voice vote by the Speaker, Yakubu Dogara.

NAN reports that the bill was referred to the Committee on Health Care Services for further action.