TSA led to discovery of N1.6bn in a single account – Adeosun 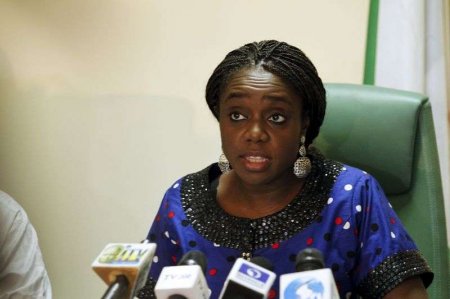 – Finance Minister Kemi Adeosun has disclosed that the implementation of the TSA led to the discovery of N1.6 billion in a single account

– She said close to 100% compliance has been achieved by the 1,678 MDAs enrolled into the policy so far

– However, the minister did not disclose the identity of those that lodged the money and the commercial bank involved

Kemi Adeosun, Nigeria’s minister of finance has disclosed how the sum of N1.6 billion was recovered from an unidentified account in a single branch of a certain bank, by the implementation of the Treasury Single Account (TSA).

She made the disclosure during an appearance before the Abubakar Nuhu Damburam-led committee probing the level of implementation of the federal government’s TSA policy, Independent reports.

NAIJ.com gathers that the minister explained that the feat was achieved by a consulting firm engaged by the Ministry of Finance.

Adeosun made her comments following concerns raised by the Danburam committee that consultants were paid N540 million for a job that could have been handled by federal auditors at no cost to the government.

The minister said close to 100% compliance had been achieved by the 1,678 MDAs enrolled into the policy so far; pointing out that the money spent engaging consultants has yielded tremendous results even though it would be difficult to achieve 100 percent compliance.

She insisted that the federal government is getting good value for the money spent on engaging the 17 consulting firms, though she did not disclose the identity of those that lodged the money and the commercial bank involved.

The minister further disclosed that an additional N400 million excess charges was also recovered into the TSA from one of the commercial banks, by the consultants.

However, Adeosun also admitted that the TSA has yet to capture some dollar denominated accounts like those of foreign missions and the Nigerian National petroleum corporation (NNPC).

In a related development, NAIJ.com previously reported that Isiaka Abdulrazaq, the chief financial officer (CFO) of the Nigerian National Petroleum Corporation (NNPC) said that the introduction of the Treasury Single Account in August, 2015 reduced the number of accounts managed by the corporation from over 2000 to less than 200.

The TSA, which is a centralised federal government revenue account kept by the Central Bank of Nigeria (CBN), was proposed and only partially implemented in 2012 but was effected fully by the Buhari-led administration in 2015.