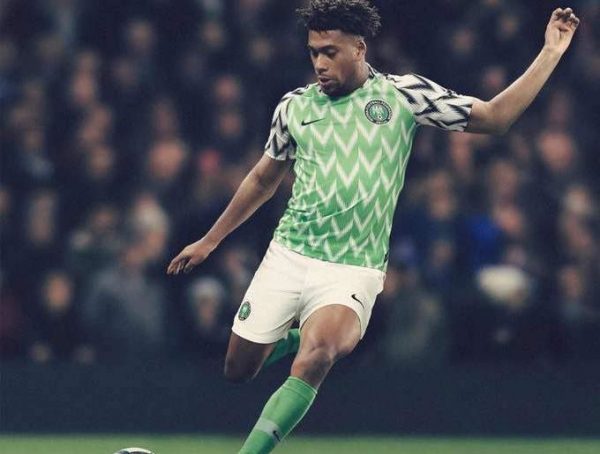 Super Eagles player, Alex Iwobi has revealed that it wasn’t an easy decisionn leaving England his birth place to play for Nigeria. The 22-year-old however appreciated Nigeria for encouraging him and not making him regret the decision he took to fly in its national colors.

Alex Iwobi featured for England’s U16, U17 and U18 sides before switching allegiance to Nigeria in 2015.

Iwobi, a nephew of Super Eagles legend Austin ‘Jay-Jay’ Okocha and Arsenal player said, “It wasn’t easy for me picking Nigeria over England given the fact that I was born and brought up in England given the good care and treatment I got. However, Nigeria gave me good reason to stay on when I made my first call up at the U23. I was made to feel at home and wanted. My family is from here and I had no reason not to take up the offer.”

Recall that Iwobi was named among the regulars in Coach Gernot Rohr’s provisional 30-man squad for the tournament released some days back. Speaking about his aim for Russia 2018 World Cup, the talented player said that he has not set any personal targets ahead.

He said, “I’m happy to be in the 30-man provisional World Cup squad and look forward to making my first appearance. As a team we have not set any targets for ourselves and for me personally I am just excited like any kid going to his first World Cup.”

Share
Facebook
Twitter
WhatsApp
Previous article“I Would Have Been Richer Than Dangote, But..” — Obesere
Next articleCheck-out Dencia’s Outfit To The 2018 Billboard Awards
- Advertisement -Ad ==> Discover how a young Nigerian graduate now makes a consistent 40k per week doing a legitimate online business. You too can start yours now, click here!!!