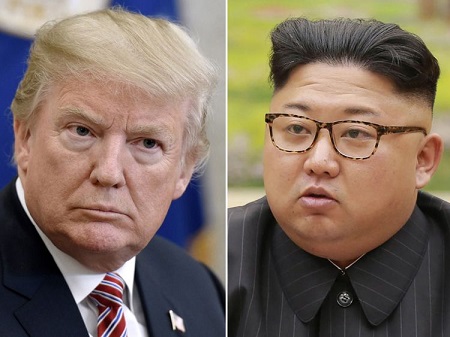 It came on a day that North Korea dismantled its nuclear bomb testing site, in the presence of some invited journalists

Trump said in a letter to Kim released Thursday by the White House that based on the statement, he felt it was “inappropriate, at this time, to have this long-planned meeting.”

The president says the North Koreans talk about their nuclear capabilities, “but ours are so massive and powerful that I pray to God they will never have to be used.” 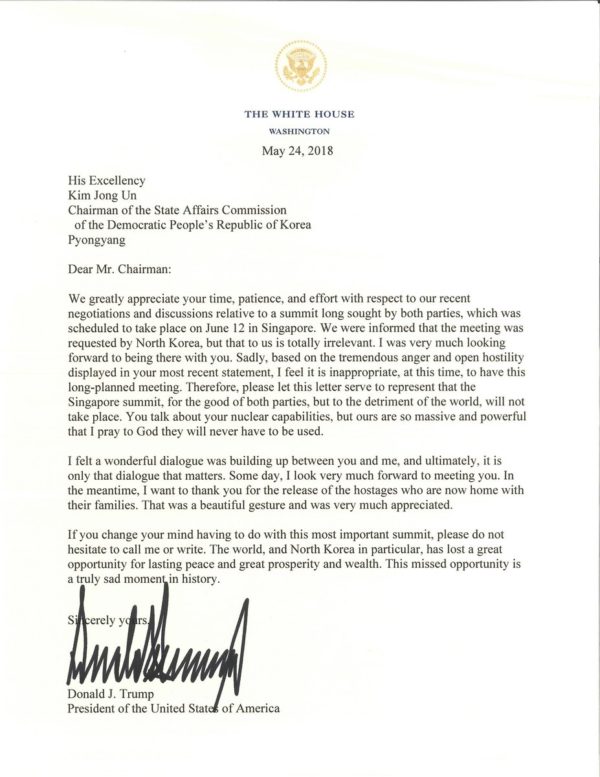