Home Local News You Won’t Believe What This Die-Hard Soccer Fan Did After He Was...
Facebook
Twitter
WhatsApp

A die-hard fan of Turkish soccer club Denizlispor recently made international headlines after renting a crane so he could watch his team play in a league game, after being banned from the stadium for one year.

37-year-old Ali Demirkaya, a.k.a. ‘Amigo Ali’ is well-known as one of Denizlispor most fanatic suporters, and this weekend he proved his love for the club once again, literally going above and beyond just to see the team play Gaziantepspor.

Following his involvement in an incident that occurred during one of Denizlispor’s games in 2015, Demirkaya was banned from entering his team’s stadium for one year, in 2017. However, he always contested the decision and vowed to not let it stop him from being close to the action and cheering his boys on. This past weekend, he fulfilled his promise. 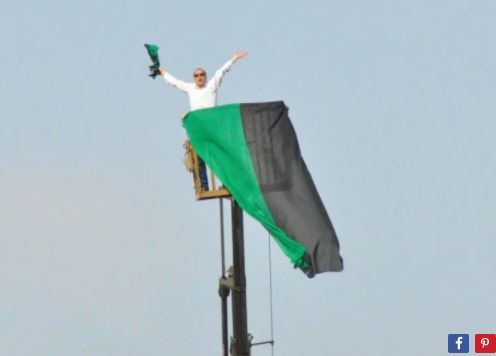 The man on the crane

Amigo Ali figured that just because he couldn’t get into the stadium didn’t mean he couldn’t support his team, so he spent a few hundred dollars on an industrial crane, climbed onto a man-basket and asked the operator to lift him high up above the stadium, from where he could watch the game and wave Denizlispor’s green-and-black flag.

Photos and videos of him cheering for the team and waving its colors from high up, as the other supporters in the stadium turned away from the game just to see him, have been doing the rounds in Turkish and European media.

Unfortunately, Amigo Ali couldn’t remain in the spotlight for too long as police quickly arrived on the scene and asked the crane operator to lower the soccer fanatic. It’s unclear whether he was fined for his stunt or not, but he definitely proved that a mere stadium ban wasn’t going to keep him away from his beloved club. 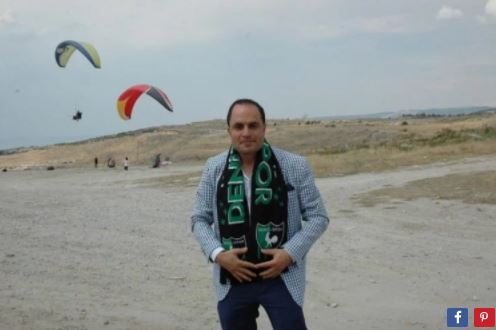 Interestingly, this wasn’t the first time that Ali Demirkaya rented a crane to bypass his ban. He did the same thing in February, and police had to bring him down as he was drawing too much attention.

At the time, he told fan website Denizlispor20 that he was also considering renting a balloon or a paraglider, so he could watch his team’s matches from above without the police ruining the experience.

This isn’t the first time we’ve seen soccer fanatics do crazy things out of love for their teams. Just last week we wrote about José Maurício dos Anjos, a fan of Brazilian club Flamengo, who tattooed the team’s home jersey on his torso so he could always wear its colors.