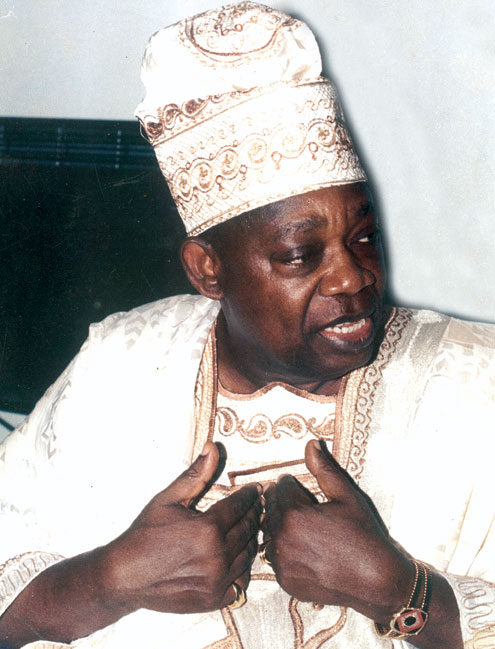 GCFR is usually reserved for past presidents and Heads of State of Nigeria.

However, there is a set of Nigerians who may not understand what the whole ruckus is about when talking about M.K.O Abiola, simply because they were born a few years after Abiola’s mandate was won, cancelled and the man later died.

Here are 12 things which Nigerians who are 20 years old and younger may not know about him:

1. He was born Moshood Kashimawo Olawale Abiola, but was popularly called by the acronym of his name, MKO.

4. He was a wealthy industrialist who owned thriving businesses spanning telecoms, agriculture, media and the oil sector.

5. Abiola ran for the presidency in the 1993 election alongside his running mate, Baba Gana Kingibe.

6. The election was annulled by the then Head of State, Ibrahim  Badamosi Babangida, a self-styled, Military President.

7. In 1994, Moshood Abiola declared himself the lawful president of Nigeria in the Epetedo area of Lagos and that was the beginning of his battle with the military government.

8. This led to his arrest and incarceration for nearly five years.

9. He was the editor of The Trumpeter, a magazine of his secondary school — Baptist Boys High School, Abeokuta, while former President Olusegun Obasanjo was deputy editor.

10. Abiola married many wives during his lifetime and had many children. His first wife was Simibiat, who died before his 1993 presidential bid. He lost another wife, Kudirat, on June 4, 1996 while he was still in detention.

11. Abiola died in suspicious circumstances shortly after the death of General Sani Abacha, on the day that he was due to be released, precisely on July 7, 1998.

12. Since his death, there have been agitations to recognise him as the undeclared president of Nigeria and for government to also recognise June 12 as a watershed in Nigeria’s political history.