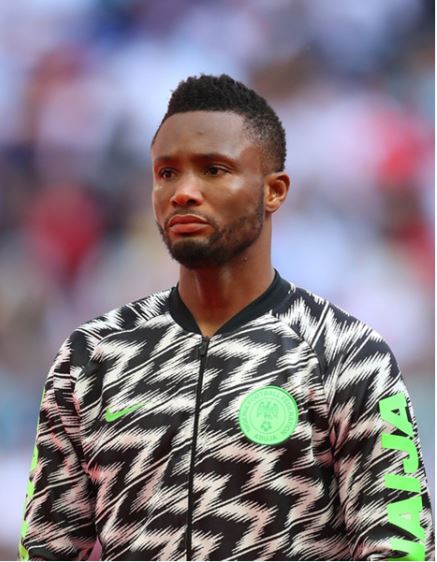 Imagining and witnessing the manifestation of the huge disparity and deep gulf in class between two familiar no.10s, Argentine’s ace, Lionel Messi, and Nigeria’s John Obi Mikel, could surely leave one in awe and cascade him into the nadir valley of melancholy!

Messi has, since 2005 when he came to the footballing scene alongside Mikel, won a record five (5) FIFA World Player-of-the-year and Ballon d’Or awards, with four (4) of them won consecutively between 2009-2012, and placed second on six (6) occassions (’07,’08, ’13, ’14, ’16 and ‘17); a product of his consistent prowess, excellence, zest, dedication, hardwork and magical displays, even on the big stages, to mention but a few. He has transcended and, in the process, shattered almost all records there is in football to the extent that he is arguably considered/referred to, in comparison with the likes of Pele, Maradona, Ronaldo de Lima, Ronaldinho and Zidane, as the greatest/best ever mortal to have played the ‘beautiful game’.

Mikel, in contrast, has slalomed into oblivion, when it comes to mentioning the ‘gladiators’ of the no.1 sport in the world. Mikel was seen, by Nigerians, as an embodiment of the combined skills, creativity and intelligence deposited on Austin ‘Jay Jay’ Okocha, and Nwankwo ‘Papilo’ Kanu. Fortunately too, we were made to believe that our fears of loosing these two legends of Nigerian football to imminent retirement, due to age, had been allayed, judging from his wonderful and excellent displays that always kept fans on the edge of their seats, in 2005. But Mikel has flattered to delude! He has been metamorphosed from a creative force into a holding defensive midfielder characterized with immobility. The highest individual accolade achieved by Mikel is he was placed second to Ivory Coast legend, Yaya Toure, in the CAF PLAYER-OF-THE-YEAR AWARDS, 2013.

Mikel has got some laurels from both club and country though it must be said, which include the UEFA Champions League with Chelsea in 2012, and The Africa Cup of Nations with the ‘Super Eagles’ of Nigeria in 2013; but the individual brilliance inherent in him has deserted him and has since been short-changed with mediocrity. ”It would have been an insult to African football if Mikel had won the CAF POTY AWARD”, said a cross-section of fans. On the whole, Mikel has been generally disappointing.

In 2014, prior to the start of FIFA World Cup, in Brazil, a deluge of critisms, from Nigerians had been directed to the then Nigeria’s coach, the Late Stephen Keshi, questioning the rational for the selection and relevance of some players in the final 23. Then Captain and centurion, Joseph Yobo was made the protagonist by these critics, sighting that he was out of form, slow and would provide a weak link to the defence. But Yobo did shine like a million stars in the tournament, a fitting response to his critics; bringing them into memory that “form is temporary; but class and experience is permanent”. But the player who, perhaps, had proven to be a spent force was Mikel. While Messi produced man-of-the-match performances as he led La Albeceleste to the final, only to loose to the eventual winners, Germany, Mikel was largely underwhelming. Then Midfielders such as Andrea Pirlo (Italy), Raphael Marquez (Mexico), and Karagounis (Greece), despite their old ages (in their late 30s), were still very mobile and provided the pivots upon which their respective midfields stood, and the fulcrum on which their teams revolved. For Mikel, that was not to be the case. Instead Onazi was the Trojan of the Eagles midfield as he covered far more grounds than Mikel.

Fast forward four years, and Mikel is enduring a sordid decline. His move to the East in China is for Chinese club, Tianjin TEDA, is, perhaps an indication to the fact that the curtains are coming down on his career. Unfortunately, the ultimate looser in this whole thing is Nigeria. 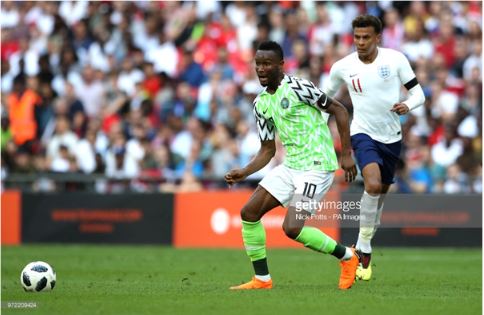 The FIFA World Cup is here again. It provides the grandest stage on which players exert their dominance and print their names on the sands of history. For Mikel, however, and at age 31, the FIFA World Cup in Russia provides him with the last veritable opportunity to make his mark in world football on the grandest stage where the legends of the ‘beautiful round leather game’ are made. As the most experienced player in the Super Eagles as presently constituted, Mikel, a two-time English Premier League and an Europa League winner  with Chelsea, will be looked upon to provide inspiration to the largely inexperienced side, most of whom are making their maiden appearance at the mundial. In previous occasions, Mikel has chosen the back stage and have been under whelming. It is time to get it right.

As the ‘Super Eagles’ take on the world, beginning with Croatia on Saturday, 16th June, 2018, Mikel must rise up to the occasion, repay the faith placed on him as the Captain of the the Nigerian team, assume his position (with the knowledge that there is no margin for error and complacency) and finally deliver and take his place in history.