While the nation is still mourning over the Tanker Explosion that occurred hours ago (yesterday), at the Otedola Bridge axis of Berger in the commercial city of Lagos, along Lagos-Ibadan way, another truck rammed into a shop after its brake failed at Ojodu,close to Berger, Lagos state. 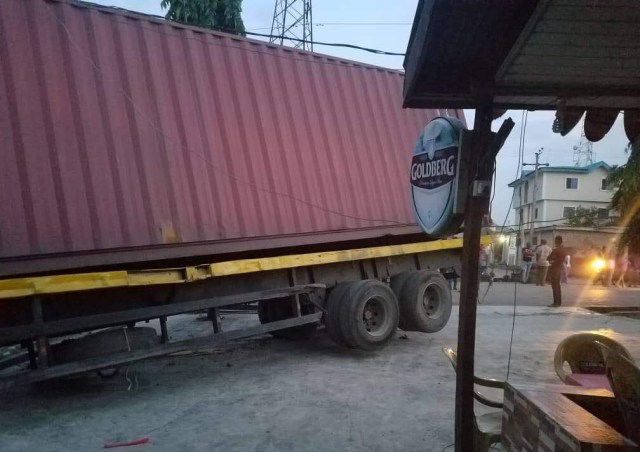 A truck carrying a container was said to have had its brake failed and while the driver was trying to control it ineffectively, the truck made its way into one of the shops of the locals. Though no life was lost, but properties were reported to have been destroyed. 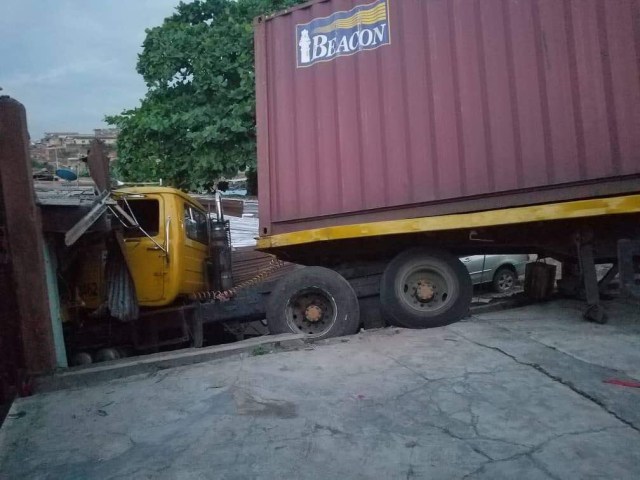 A twitter user took to her page to report the incident and complain how trucks and tankers are always having the issue of brake fails and there is a need to check every vehicle before putting it on the road. 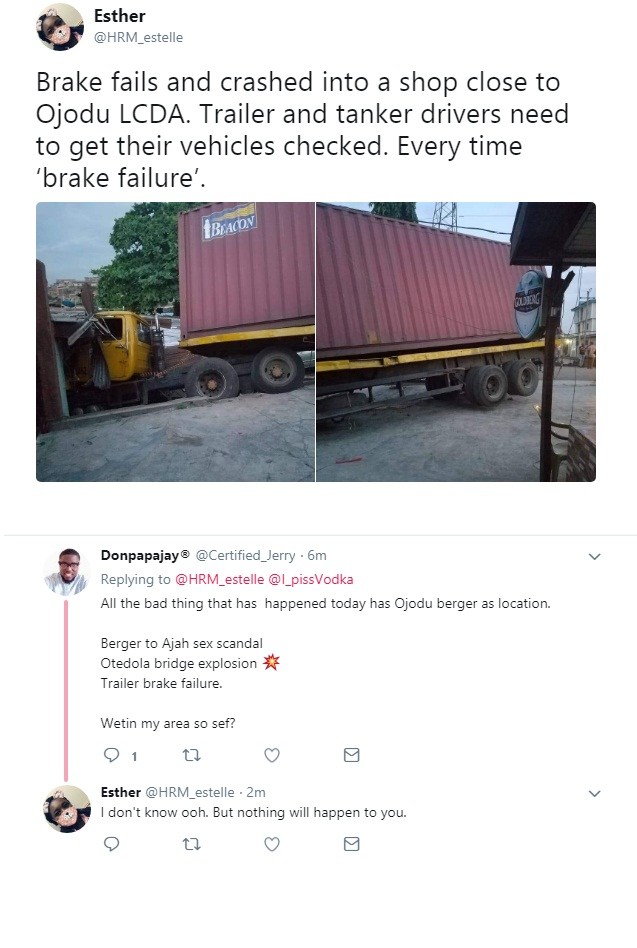 Popular Nigerian singer and songwriter, Timaya has shared an adorable moment he had with his son to his fans and followers. Sharing on Instagram, the...
Read more
- Advertisement -