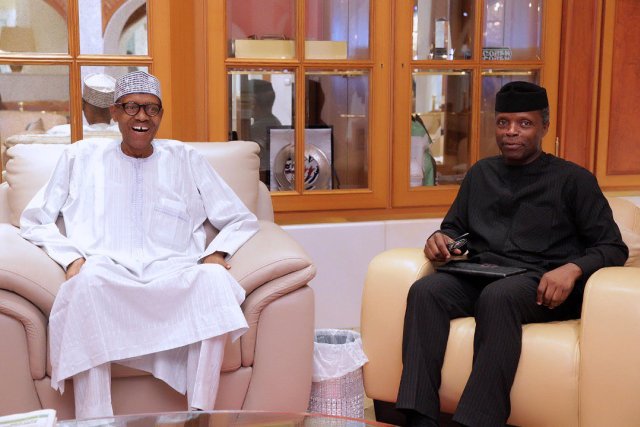 Osinbajo made this declaration Tuesday evening while responding to question raised by one of the participants at the Oyo State edition of the Youth Town Hall Meeting held at the Theophilus Ogunlesi Hall, University College Hospital (UCH), Ibadan.

The VP while confirming that there have been several allegations of uncivilised manner of operations, harassment, intimidation of many innocent Nigerians by SARS operatives, disclosed that the squad would not be totally banned in view of security challenges.

Osinbajo said that the President being a listening person, had ordered the review of their operations in order to meet up with the expectations of Nigerians.

Osinbajo said, “Regards to the question regarding End SARS whether we are going to ban them or not, President Buhari has ordered the review of their operations and very soon this will be done.

He noted that the need to retain SARS was necessary due to the role they had been playing in the protection of lives and property across the country.

Osinbajo said, “We must have a force to protect the lives and property of the people, you know SARS is Special Anti Robbery Squad, though some of them have been engaging in some activities contrary to their mode of operations.”

Share
Facebook
Twitter
WhatsApp
Previous articleGhanaian actor cries out, says no actress wants to kiss him in movies
Next articleFan slams Teddy A for his reaction to Super Eagles loss, he replies
- Advertisement -

Afro-fusion artiste, Burna Boy set the ball rolling as he performed live with his crew at the Grammys' reception ahead of the ceremony. The event...
Read more
- Advertisement -