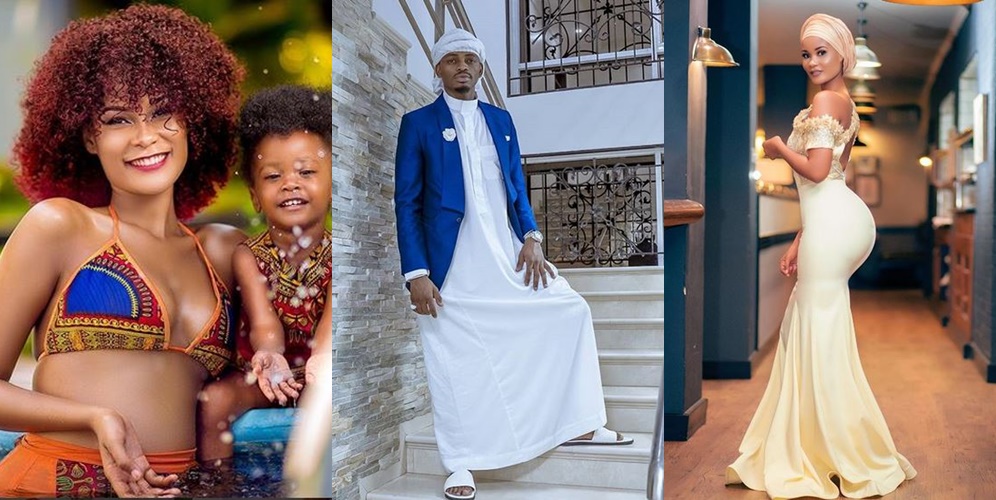 Tanzanian singer, Diamond Platnumz has bought a house for one of his baby mamas, Hamisa Mobetto. The singer took to social media to ask her if she liked the house he just bought for her. Replying, Hamisa Mobetto thanked him very much and prayed he keeps on getting blessed.

This gesture is coming few months after one of his other baby mamas, Zari Hassan, called him an idiot for abandoning their children.

To spite her, Diamond Platnumz took to his IG story to share a re-conciliatory video with his second baby mama, Hamisa Mobetto. As if that wasn’t enough, he shared another video of him making out with another lady in the same room.

The caption on the numerous videos shared, “Ukiachiwa achiya” loosely translates to “When you get dumped, lose yourself,” a jab at Zari who dumped him on Valentine’s Day.

The singer also jokingly trolled her with another caption, “She said she want child support, nikamwambia nenda kwa RC (I told her go to the RC),” a reference to her recent move where she dragged him to court over child support.

Recall how Zari Hassan went on radio to put the singer on blast stating that he slept with a low-life (Hamisa) on their matrimonial bed. Perhaps, the house the Diamond Platnumz presented to Hamisa appears to be a message to Zari that she is not a low-life as claimed, and that he’s ready to move on with her.