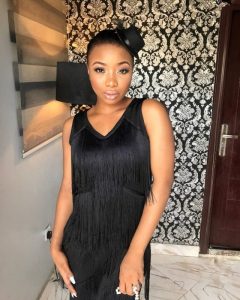 Nigerian rapper Ruggedman for a while now, has made it his responsibility to speak against the activities of some members of Special Anti-Robbery Squad(SARS). Many of the rapper’s social media posts, are channeled towards raising awareness to the brutality and injustice many Nigerians have suffered in the hands of some of these men of SARS.

On June 14th, Ruggedman, took to Twitter to urge some of his colleagues to speak against this social ill. He tweeted;

Dear Nigerian entertainers,
Some of these people being brutalised are your fans. Some are harrassed while coming from your shows.
Speaking up for them will not end your career or stop benefits you get from wherever or whoever.
They support you, return the favour.#EndSARS

Well, one of his colleagues, Mo Cheddah was quite pleased with the rapper’s message, saying it was wrong to ‘force his beliefs on other people. See what she wrote below;