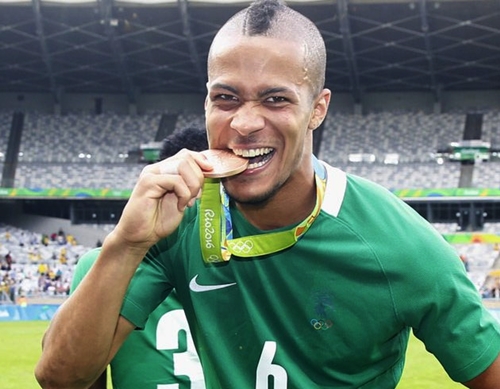 Super Eagles defender, William Troost-Ekong, who plays for Bursaspor in Turkey, has opened up on the upcoming international friendly match between England and Nigeria at Wembley Stadium on Saturday, June 2, 2018.

The 24-year-old stated that the friendly match against the three lions will test the national team’s readiness for the 2018 FIFA World Cup in Russia.

While speaking in an interview with Extra Time Soccer Live, Troost-Ekong said, ”I think it is a kind of game that the setting will speak for itself, I think we have to rise to the occasion especially playing at Wembley,”

”I know we have a lot of Nigeria fans in England as well, so I don’t think it is going to be like playing away as much because we are going to have great support.

”It is going to be difficult but the same time it’s going to be the kind of test we want to have before the World Cup.

”I am sure something is going to go wrong in that match as well but it’s nice to test ourselves against a good team and to see where we are regarding the tournament.”

Troost-Ekong scored a goal for Nigeria as they played 1-1 draw against the Democratic Republic of Congo in Port Harcourt on Monday evening.