Super Eagles 19-year-old goalkeeper, Francis Uzoho who also plays for Spanish club Deportivo de La Coruña has become a big joke online with many accusing him of not declaring his real age as they feel he’s way older than 19.

Over the weekend, a post surfaced online claiming the 19-year-old goalkeeper celebrated his second son’s 17th birthday on Facebook. 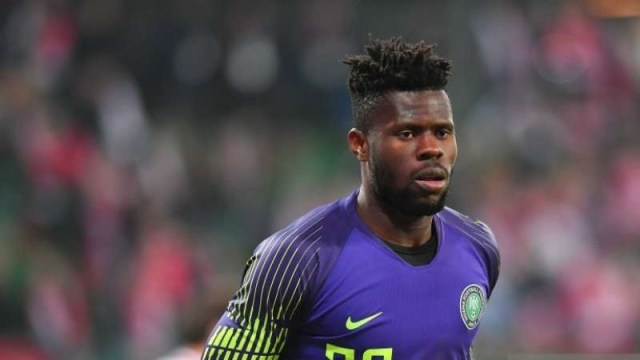 Addressing the controversy surrounding the age of Uzoho, who is the youngest player at the ongoing 2018 World Cup, former Super Eagles media officer, Colin Udoh took to Instagram to berate those questioning his age.

He shared a picture of Uzoho when he represented Nigeria at under-17 level at the age of 14 and wrote:

“To all you muppets going on about Francis Uzoho’s age, this is what he looked like in 2013 when he was a 14-year-old in the under 17 camp.

Feel free to slap some sense into your own heads since looks is now a determinant for age.” 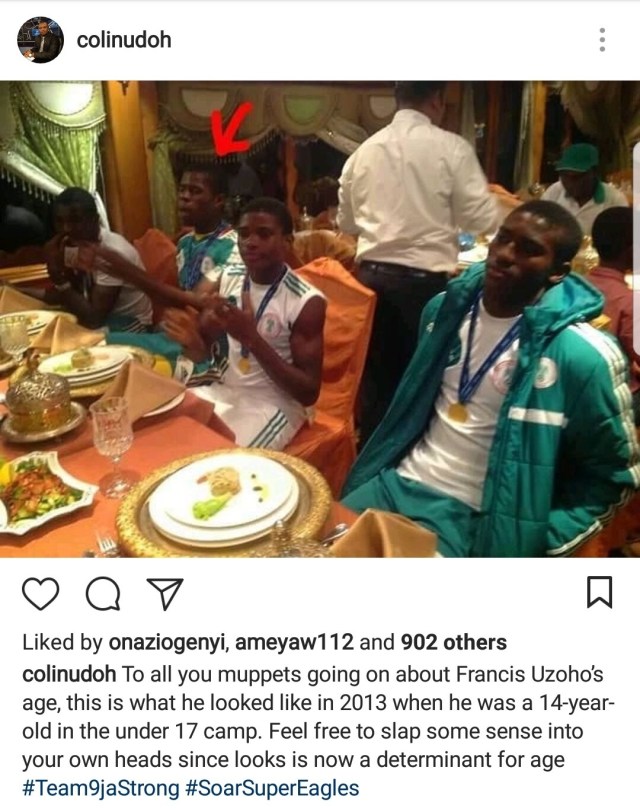