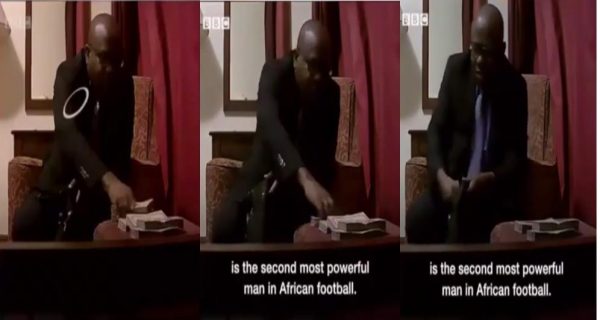 An incriminating documentary showing Ghana Football Association president and other executives of Ghana FA taking bribe has been released by BBC.

15 referees were also caught on camera accepting $100 (85 euros) to rig Ghana Premier League matches, while their assistants were given $50.

The explosive documentary titled “Number 12” was shown Wednesday at a preview attended by diplomats and politicians in Accra, Ghana. The documentary is the result of two years work by an undercover investigative journalist who goes by the pseudonym Anas Aremeyaw Anas, who is known for previously exposing graft in Ghana’s judiciary.