A young Somali man who married two women on the same night has granted an interview to the BBC asking men to do the same thing.

Bashir Mohamed said he courted both women for about eight months and convinced them to marry him.

“I used to bring them together to socialise with me at my home,” he told BBC Somali.

“I used to say openly to both of them that I love them. They were satisfied,” he added.

The advantage of marrying both at the same time was that they would not get “jealous” later, and would know from the beginning that they were in a polygamous marriage, Mr Mohamed said.

He had taken two wives because he wanted “many children”. 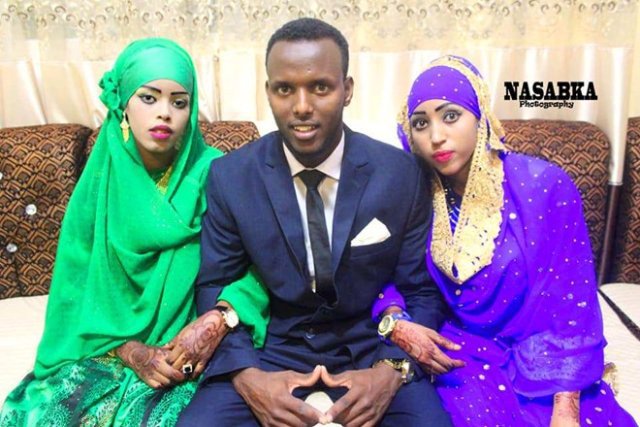 “I will encourage other men to do it if they can afford it,” Mr Mohamed said.

Polygamy is allowed in Somali culture, but it is unusual to marry two women at the same time, BBC Somali’s Mohamed Mohamed says.

It has happened a few times in the last few years, suggesting that a new trend may be starting, he adds.

Mr Mohamed married the two women, Iqra and Nimo, in Sinai village in the breakaway state of Somaliland on 22 June, the private Somaliland Informer news site reported soon after their wedding.

The video is on YouTube, but it is sideways: