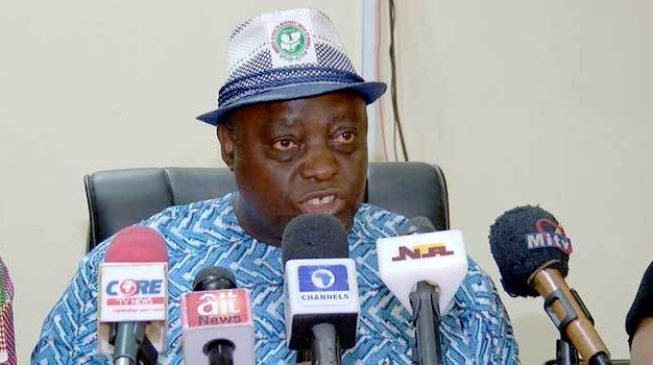 The Joint Health Sector Unions (JOHESU) has appealed to the Federal Government to pay its members April and May salary in line with their agreement to suspend their strike.

Mr Achimugu Isaiah, the branch Chairman, Federal Medical Centre (FMC Keffi), Nasarawa State, made the call on Wednesday while fielding questions with the News Agency of Nigeria (NAN) shortly after a congress meeting of the union in Keffi.

JOHESU embarked on an indefinite nationwide industrial action on April 18 and resumed work on May 31.

Some of the demands made by the union included upward adjustment of salary scale, employment of additional health professionals, review of retirement age from 60 years to 65 years and implementation of court judgment.

JOHESU consists of the National Association of Nigeria Nurses and Midwives (NANNM), Medical and Health Workers Union (MHWUN) and Senior Staff Association of University Teaching Hospitals, among others.

Isaiah said that payment of two month salary to the members of the union who embarked on strike to press home their demand would cushion their economic plight.

He added it would also boost members’ morale toward effective healthcare service delivery. The union leader queried the selective nature of paying few members against the majority.

“The strike was declared by the national body and the local chapter here only obeyed the directive of the national secretariat.

“Actually, we only called members of the union to brief them on the outcome of our meeting with the management of the centre after the suspension of the JOHESU strike by the national body of the union.

“After the suspension of the strike, we have been meeting with our management on the need for payment of April and May salary to our members but the management told us that those that were paid are those that worked during the strike.

“Such beneficiaries like the management staff, drivers and their personal assistants, among others, were paid based on directive from the federal government.

“They said that anything that was done was based on directive and they can only take our message on the payment of our April/May salary to the federal government for action.

“It is in view of this that we are pleading to the federal government to consider our presentation, the plight of workers by paying us our April/May salary in the interest of peace,” he said.

Besides, Isaiah urged the federal government to do the needful by implementing the demands of the union so as to put the issues that led to the strike to an end.

The chairman also urged the members of the union to remain calm, be law abiding and continue with their normal duties.

Reacting, Dr Luka Samuel, the Acting Medical Director of the centre, confirmed that those that were paid are workers that worked during the strike.

Samuel listed the management staff, drivers, personal assistants, and those on sick bed, among others, as beneficiaries of the April/ May salary.

The acting medical director restated the commitment of the centre to continue to key into good health policies and programmes that have direct bearing on the lives of the people for the overall development of the country.