Nigerian billionaire businessman, Tony Elumelu, has been spotted celebrating, over the victory of the Super Eagles against Iceland in Russia.

Nigerians were filled with euphoria yesterday when the Super Eagles team recorded a stunning victory over Iceland during their World Cup group clash in Russia.

Many elated Nigerians were seen on the streets and on social media celebrating and in a happy mood after the match ended, as congratulatory messages were shared by millions.

Not left out in this celebration was billionaire businessman, Tony Elumelu who took to his Instagram page to share photos of himself in a joyous mood while watching the match.

Watching the match along with him, were several others who were also jumping up in happy delight.

“Did you see those goals!!!! WONDERFUL!” 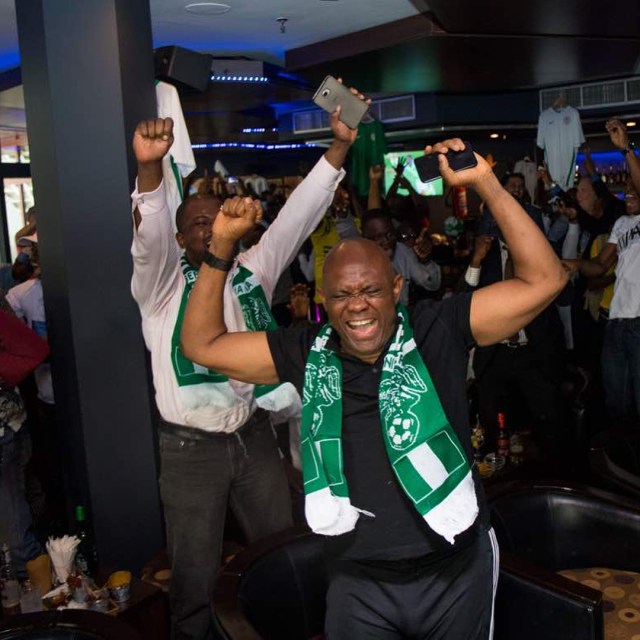 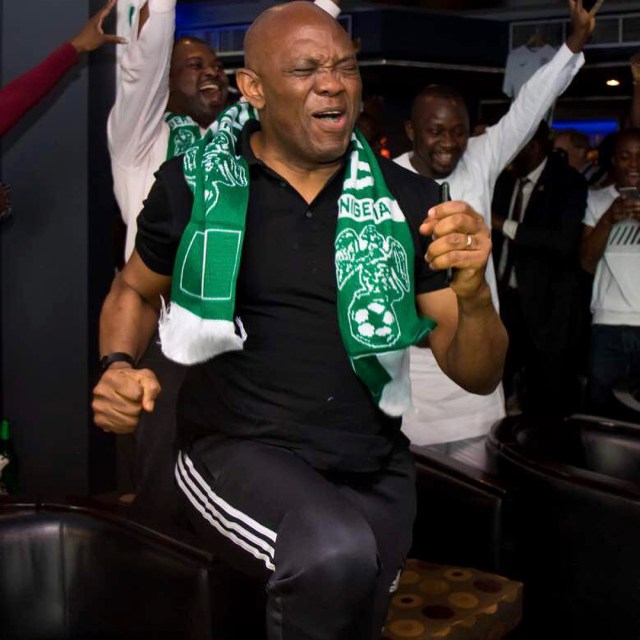 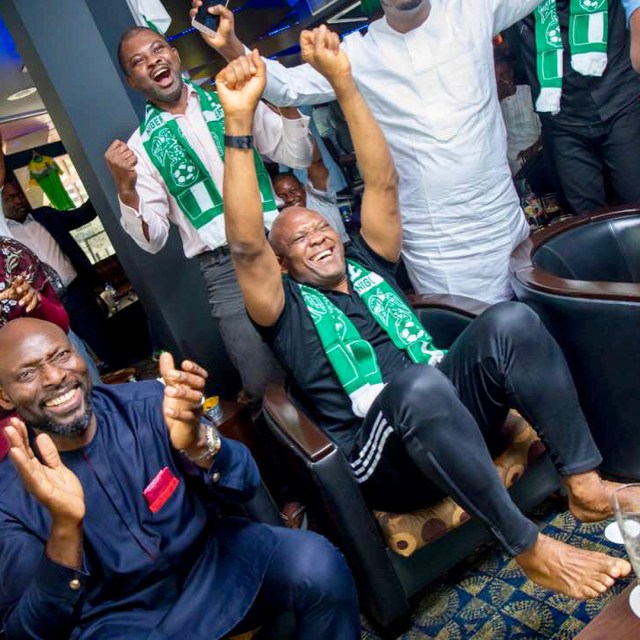 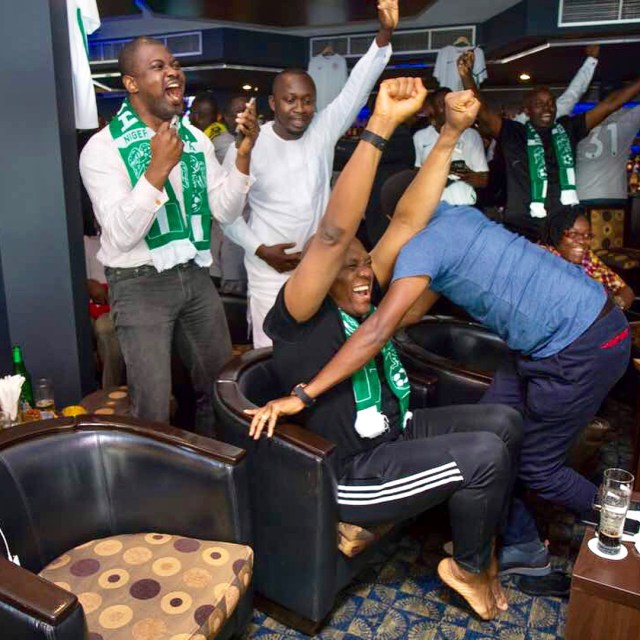 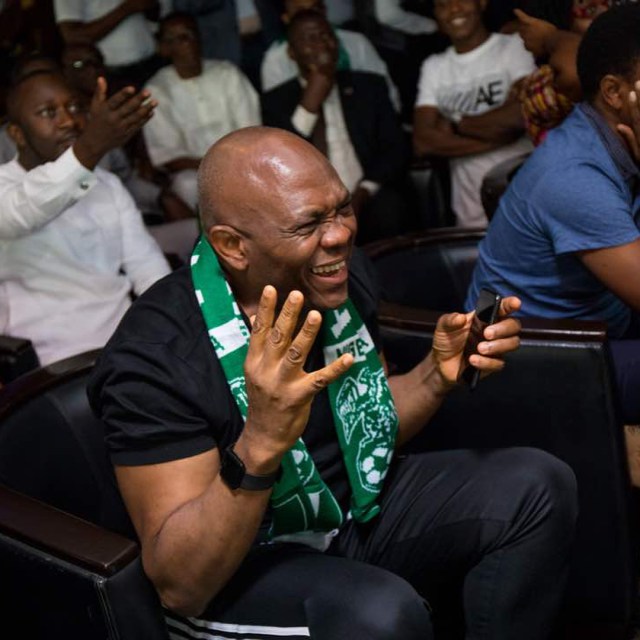 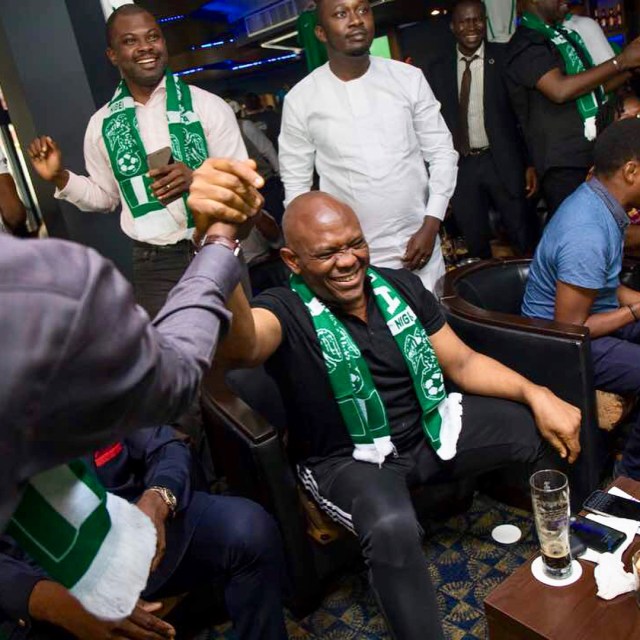