Iyanya has been mocked on social media for giving a group of fans N3,000 after much hailing.

An aggrieved fan named Mickey called him out on social media over the incident and surprisingly, the fan got quite a hell of supporters who mocked the singer. 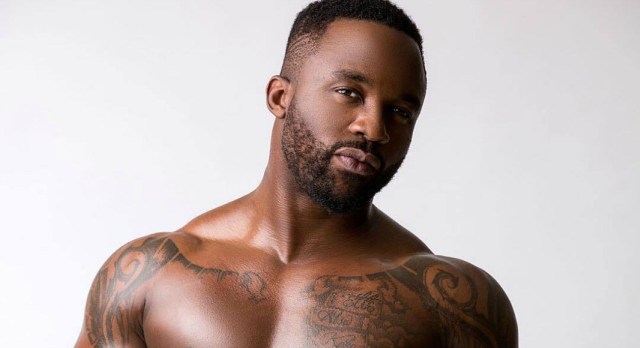 According to the fan who narrated his ordeal with Iyanya via his snap chat, Iyanya was spotted alongside his escort and security, watching the Nigerian football match yesterday at River road, Abraka Delta state.

He decided to leave when the game was over but was hailed by all those who came to watch the match and motorcycle rider to give them some cash.

The singer splashed N50 denomination of Naira notes which was counted to total N3,000, sparking an outrage

The crowd angrily left the meagre sum for the okada riders to share. 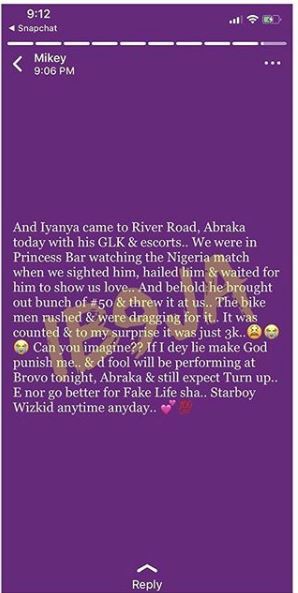