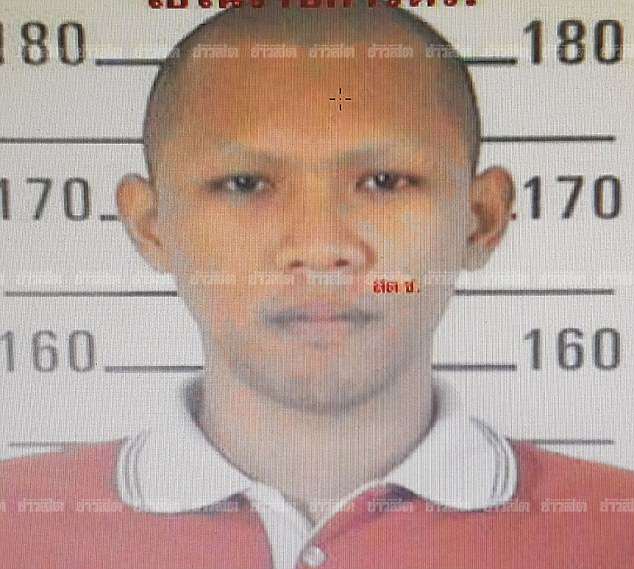 A 24-year-old man identified as Pukkapong Chittarom, has been caught on camera as he calmly executed his 21-year-old ex-girlfriend, Natchareeya Thaprajit, outside her university dorm in Bangkok, Thailand.

According to Dailymail UK, the jilted boyfriend and the victim have known each other for about five years but had recently separated, with Natchareeya refusing to reconcile with him.

The killer was caught on CCTV waiting outside her dormitory before she emerged with a classmate at around 11.30am local time.

It was gathered that Natchareeya, who is a 3rd year business logistics student, was on her way to classes at the Suan Sunandha Rajabhat University and briefly stopped when she saw her ex. 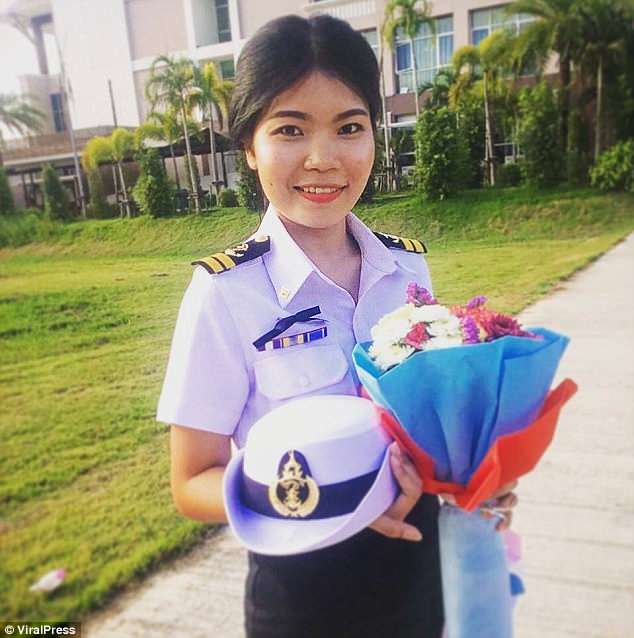 She reportedly refused to talk with him and as she turned to walk away, he pulled out a handgun and shoots her in the chest. He then sits down next to her before turning the gun on himself, unloading a bullet into his mouth, but he survived.

Police and emergency services arrived but Natchareeya was pronounced dead at the scene. The boyfriend was taken to hospital after the bullet exited through his cheek.

Natchareeya’s shaken friend, who is seen with her in the CCTV, said the couple had separated and Natchareeya did not want to keep in touch.

She said: ‘They had known each other for four or five years but recently started to argue. Natchareeya broke up with him. She wanted to finish.

‘We came out of the dorm this morning and Natchareeya was angry to see him. She did not want to talk to him. She just wanted to get to class. 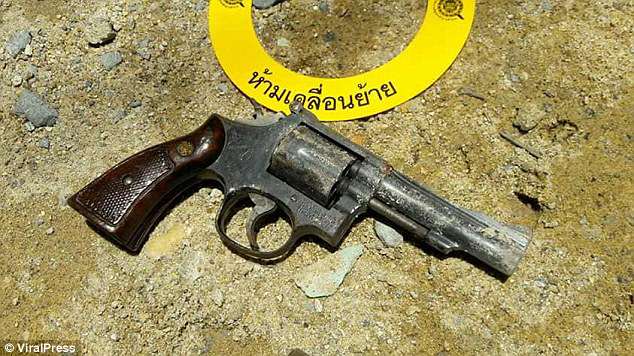 Lieutenant Colonel Kittipon Udomsiripatchara said: ‘A handgun was found at the scene. The victim had been shot once in the chest with a .38 bullet.

‘The incident happened at the door to her dormitory. From the preliminary investigations we know that the boyfriend had been waiting there before he shot at her.

‘He hugged her body then shot himself once in the mouth which pierced through the cheek. Paramedics took him to the nearest hospital where he is being guarded by officers.

”Police will investigate the case and speak with the family of the deceased. CCTV is being used to trace the movements of the killer. We know that he was waiting near the room in a pick-up truck.’