Home Entertainment Kogi corps member reveals what she did to an ‘old’ man who...
Facebook
Twitter
WhatsApp

So a corps member who is serving in Kogi state took to her IG page to share the tactics she deployed in getting a old man stop disturbing her.

According to her, she met the man who she says is in his late 40s when she stopped to refresh herself – after giving the man her deets and all, he began telling her how much he loved her and would like to see her. 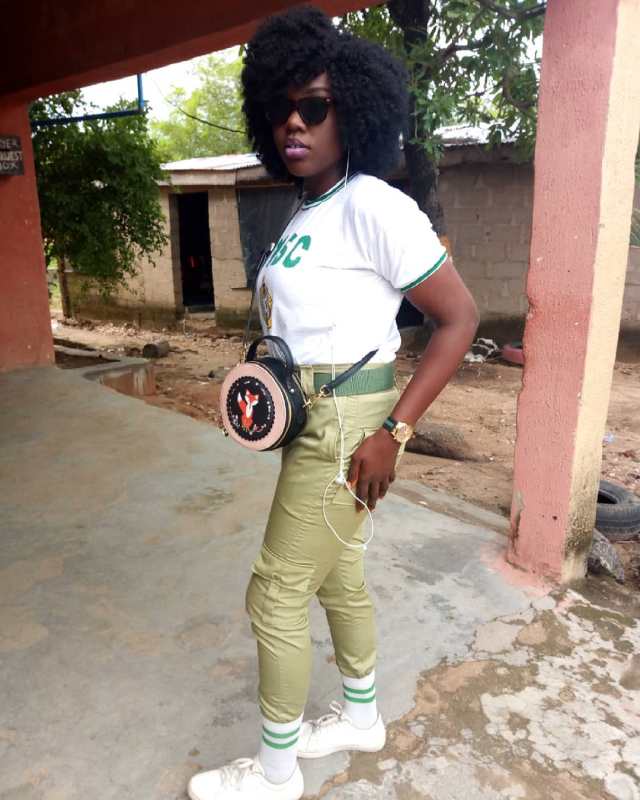 She eventually gave him an address for him to meet her… what happened next is quite interesting.

So I have a beautiful one to share today, I went out to my ppa, on Wednesday, then I had to see my boss at the Kogi state govt house. On my return I thought I should chill in a by-the-road shop to buy a bottle of drink.

Then the owner of the shop on knowing I’m a Corp member asked for my contacts and all that which I gave him. In the evening he called saying I love you and miss you story, and he wants to come to my house to visit, this is a man in his late 40s.

I just invited baba to come over Sunday evening by 4pm. He even asked what should he bring for me. I described NCCF Lokoja to Him. Meanwhile 4pm is our fellowship time. He was very punctual. He brought 3 fresh apples.

He was asking where is my room I just said let’s attend this fellowship small. He has been there since till 6pm, In a nutshell, baba is one our first timers. 😂 😂 😂. He later went out saying time has gone.

Dear sisters, whenever those men refuse to go, lead them to a good fellowship to hear the word of God. Instead of using your body to commit sin, use it to bring them to God’s presence.