Mark Zuckerberg has announced a new TV service, IGTV that is designed to lure young viewers away from YouTube.

It features one major difference from it’s rival: Instagram’s video display will be designed to fill a vertical smartphone screen, rather than horizontal displays like YouTube.

The featured is called IGTV and will increase Facebook-owned Instagram’s video time limit from one minute to 10 minutes for most users.

Accounts with large audiences will be able to go on for as long as an hour. The video will be available through Instagram or a new app called IGTV. 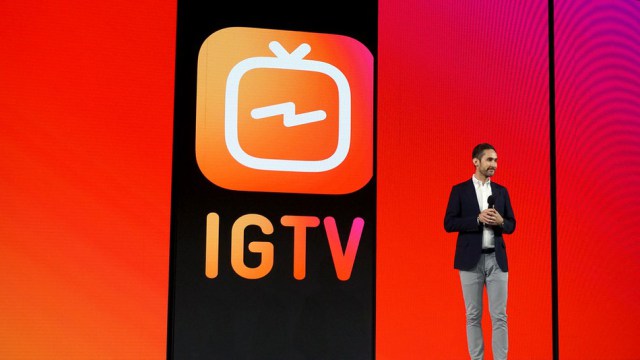 The video will eventually give Facebook more opportunities to sell advertising. It’s the latest instance in which Instagram has ripped a page from a rival’s playbook in an effort to preserve its status as a place for young people to share and view content.

Instagram, now nearly 8 years old, is moving further from its roots as a photo-sharing service as it dives headlong into a longer-form video.

The initiative comes as parent company Facebook struggles to attract teens, while also dealing with a scandal that exposed its leaky controls for protecting users’ personal information.

Instagram, which Facebook bought for $1 billion six years ago, now has 1 billion users, up from 800 million nine months ago.

More importantly, 72 per cent of U.S. kids ranging from 13 to 17 years old use Instagram, second to YouTube at 85 per cent, according to the Pew Research Center.