An eight-year-old girl fell while playing and hit her head on the concrete at their home in Lagos Island.

This caused blood to accumulate in her head, but for days her father has refused to take her to the hospital for the most pathetic reason. 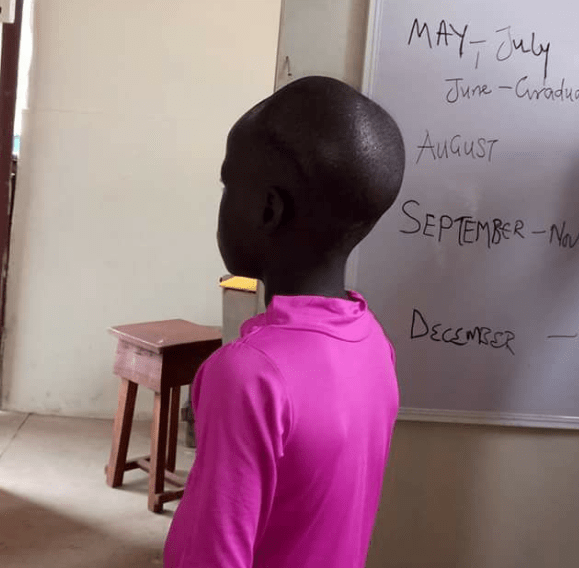 According to the father, he couldn’t join others who wanted to take his daughter Rebecca to the hospital days after the injury because it is a woman’s duty to take the child to the hospital, not a man’s.

Activist, Olorunfunmi Adebajo shared the news online with the child’s medical report after she was eventually taken to the hospital by concerned citizens. 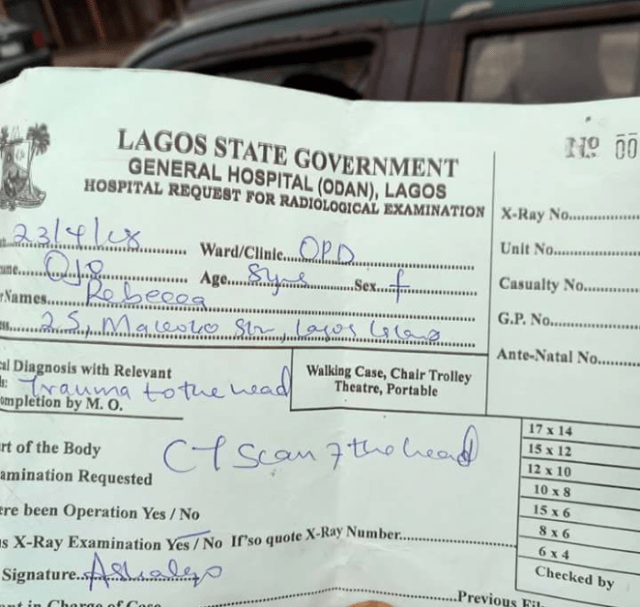 Read the shocking story as narrated by Olorunfunmi below:

Why women? Rebecca one of our students had a very nasty fall. She tripped and hit her head on concrete while playing with her older sibling. We got to know 12 days later after she had bled into her scalp and the head was soft like hot puffpuff. The blood that accumulated in the head would fill a big cup.

While we panicked and sought for solutions, the father stated emphatically that he wouldn’t go to the hospital with us since it’s a woman’s responsibility to take of a child. And that he can only release his phone so we can contact his wife. He wasnt being irresponsible. That is the mindset of a lot of the men in that community.

The wife in question had major scars and stitches on her face (reportedly given by her husband). But It wasn’t even time to address the domestic violence.

Thanks to Ayobami who raised money and went to the hospital with the mother and child everytime they needed to go. Thanks to Ajibulu Sam Hardeykunlay for the RedCross intervention.

I have several stories to justify women being more vulnerable in poverty situations especially due to archaic cultural norms.

Their traditions might not change today but we hope to change their world view one woman, one man, one girl and one boy at a time.