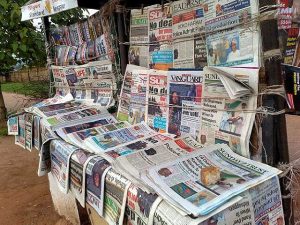 The burial of over 200 victims of the recent attacks in Barkin Ladi Local Government Area of Plateau State carried out by suspected Fulani herdsmen generated a serious controversy following allegations that security agencies want to carry out the exercise in secret.

Against the background of the killing of over 100 people in Plateau State by herdsmen, the former chairman of the Caretaker Committee of the Peoples Democratic Party, PDP, and presidential aspirant of the party, Senator Ahmed Makarfi, has said he will stop the killings and other security challenges in the country if elected President.

Nigeria has overtaken India as the country with the largest number of extreme poor as of 2018, a report by the Washington-based Brookings Institution has stated.

THE Peoples Democratic Party (PDP) has condemned as “extremely callous, inhuman and brazenly divisive,” the statement by the Presidency on the gruesome massacre of hundreds of innocent Nigerians in Plateau state last Sunday.

President Muhammadu Buhari has ordered massive transfer of police personnel in Zamfara state as part of deliberate measures to address cases of armed banditry in the state.

The military and the police have deployed troops in support of efforts to quell the crisis that erupted in parts of Plateau State over the weekend, leading to the death of 86 persons.

President Muhammadu Buhari has condemned the latest massacre of no fewer than 100 persons in nine communities of Plateau State, saying politicians ‘‘are taking advantage of the situation’’ which he described as ‘‘incredibly unfortunate.”

Plateau Killings: Nigeria May Cease To Exist If… – Lamido

Former Jigawa State governor, Dr Sule Lamido, has predicted that Nigeria may be destroyed in 30 years if incidents similar to the recent killings in Plateau State continue unabated.

The Berom Educational and Cultural Organisation (BECO) said it lost 150 people during the fresh attack on its members by Fulani herdsmen in Barikin-Ladi and Riyom Local Government areas of Plateau State.