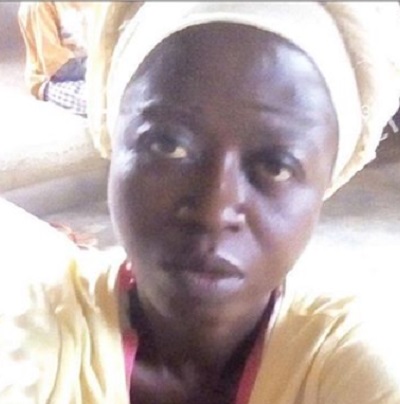 The life of a seven-year-old boy, Femi Metofik, has reached a tragic end after he was allegedly tortured to death by his stepmother, Oluwabunmi Metofik, who accused him of eating her food without her consent.

Femi lived with Oluwabunmi and her three children in the Simawa area of Ogun State, while his father is a pastor in Ibadan, Oyo State.

The woman reportedly punished Femi for the act, inflicting injuries on his head and leg with a sharp object.

Saturday PUNCH learnt that Oluwabunmi rushed the boy to a private hospital in the community on June 4, when he went into a coma but he was rejected. The woman was said to have taken him to a health centre in the community which referred him to Olabisi Onabanjo University Teaching Hospital, where he was confirmed dead.

It was learnt that a Good Samaritan, who saw the boy at the health centre, was worried by the injuries and alerted a vigilance group in the neighbourhood. The group was said to have initiated a search for the woman and her husband, who were eventually arrested on Wednesday and handed over to the police at the Ogijo division.

“A Good Samaritan told us on Monday that a woman brought a boy to the hospital with lacerations on his head and leg and that the boy had lost a lot of blood. We later knew that she took the boy to OOUTH where he died. After searching through the community, we located her house on Wednesday. We were outside for about 30 minutes; they did not open the door for us. We brought her and her husband to our office,” one of the vigilantes, who gave his name only as Denis, told our correspondent.

A community leader, Toyin Oladoyin, said the woman confessed that she was responsible for the injuries, adding that the pastor was mounting pressure on the police to release his wife.

He said, “She said she bought food and kept it at home while she went to fetch water. According to her, by the time she returned, the boy had eaten part of the food. She said she beat her up the way she would do to her children. She admitted that he sustained the injuries on his head while he was beating him. Her neighbours testified that she usually beat the boy. Her eldest child also said she used a stick and knife to torture Femi.

“We took her and her husband to the palace and later handed them over to the police. The husband is a pastor in Ibadan. He said his wife told him on the telephone on Monday that Femi was sick and had been admitted to OOUTH. He said by the time he got to the hospital, the boy had died and they decided to bury him at Ayepe Cemetery. We asked for the receipt the cemetery gave them for the burial, they said they did not collect it. The man said he and the boy’s mother had separated. He told the police that the boy died naturally and that the suspect should be released because she is pregnant.”

The Police Public Relations Officer in Ogun State, ASP Abimbola Oyeyemi, said the police had invited the deceased’s mother, adding that her statement would determine the next line of action.

He said, “The case was reported to the police. The father of the deceased boy said his wife was not responsible for his death and that she should be released. He admitted that his wife beat him for an offence. He said the child was sick and that the death was a coincidence. He said the beating did not lead to the death.

“The mother of the deceased boy is in Oyo State. We are waiting for her arrival. If the mother says the woman killed the boy, it is another thing entirely.”