Zayyan Gwandu, son of Haliru Gwandu Abubakar, the Commissioner of Police in charge of the Special Anti-Robbery, has died.

Zayyan was one of the victims of reprisal attacks following the killings in three local government areas of Plateau State by suspected herdsmen.

Popular social commentator Gimba Kakanda shared the news of Zayyans death on Twitter, writing: “I’m devastated to learn about the killing of Zayyan Gwandu in the Plateau clash. He’s one of the travellers stopped and killed for sharing a religion or ethnicity with Fulani herdsmen. Killing fellow human beings for the wrong of people they don’t even know is savagery. Wow. RIP.”

Subsequently, Kakanda wrote on Facebook: “Citizens getting stopped and killed for sharing an ethnicity, religion or culture with criminals they don’t even know? Is this the overflowing anarchy we call a country? Of course I know what we have done wrong, Nigeria. Millions of things. We are here because we have been pretending that we don’t notice these killings and destructions until the victims begin to seek an illusion of justice in the wrong place.”

Although Kakanda refrained from revealing the identity of the deceased, SaharaReporters independently verified that he was CP Gwandu’s son. 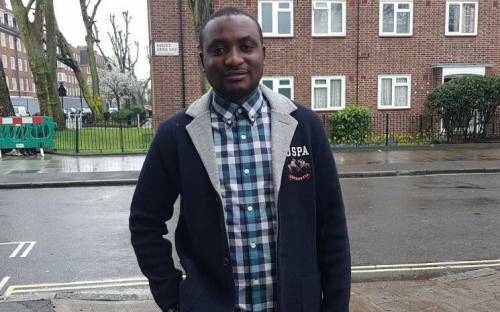 “Yes, it is true that the CP’s son is no more,” a source very close to the Gwandu family told SaharaReporters, before asking to say no more as “this is a trying time for the CP’s family”.

Zayyan’s death marks an elongation of a very difficult period of time, personally and professionally, for CP Gwandu.

The SARS, which he oversees, has recently come under public scrutiny on account of the high-handedness and criminal activities of its officials. Following the relentlessness of the anti-SARS campaign, Gwandu was forced to announce a repositioning of the squad.

In December 2017, he announced that the Nigeria Police Force had begun the process of dissolving the federal and state SARS into one unit that would be under the supervision of the commissioners of police of each command. ‎

He said a lot of changes had taken place, and that there would be training and retraining of personnel of the unit to enhance efficiency. He explained that after the re-organisation, the unit would only concentrate on violent crimes such as murder, armed robbery and cultism. He also promised that at the completion of the ongoing re-organisation of the unit, extrajudicial killings by SARS would be a thing of the past.

Some months before then, Gwandu had been forced out of Edo State as the CP, following intense campaigns by citizens and a coalition of civil society groups over the rising crime rate in the state.

The reprisal that claimed his son was a reaction by Christians to killings of about 100 people by suspected Fulani herdsmen in many villages in Riyom, Barkin ladi and Jos South local government areas of Plateau.

Before the news of CP Gwandu’s son’s death filtered in, a source in Plateau had lamented the under-reported reprisals, telling SaharaReporters: “I lost four friends on the road; they were butchered. Birnin youth were killing all Muslims on the road. One of them clearly picked my friend’s phone and said to me, ‘We’ve killed him. Are they not the two Muslims in E-Class?’