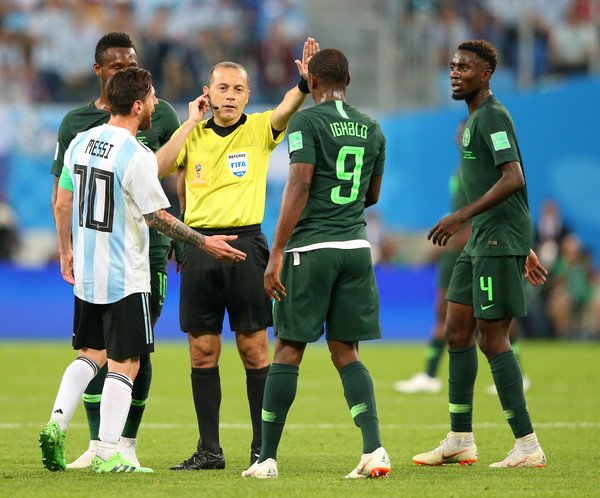 Super Eagles player Odion Ighalo has been blamed by Nigerians for Super Eagles 2-1 loss to Argentina in the last Group D match in Saint Petersburg on Tuesday.

The Nigerian striker according to Nigerians caused the team a chance to move on to the round of 16. They took to social media to call out the player for missing two good shots at the goal.

See what they wrote;

I really don't think we were robbed. That ball was clear ball to hand, no intention. It'd be embarrassing for any world class ref to call that a penalty.

That being said, let's ask Ighalo about his meeting with Yakubu and how they conspired to roll back the years on us.

That Rojo handball is not a penalty. The ball came off his head first. You should be asking Ighalo why he didn't score

Musa, Moses and Etebo can come home in aeroplane, the rest should come by bus, iheanacho should trek and Ighalo should not just bother to come at all

I don't think it's a penalty if a player *unintentionally* nods the ball against his own hand.

But if you're really looking for something to be mad about, be mad about Ighalo missing that chance after the ball fell to him. Forget this referee talk.