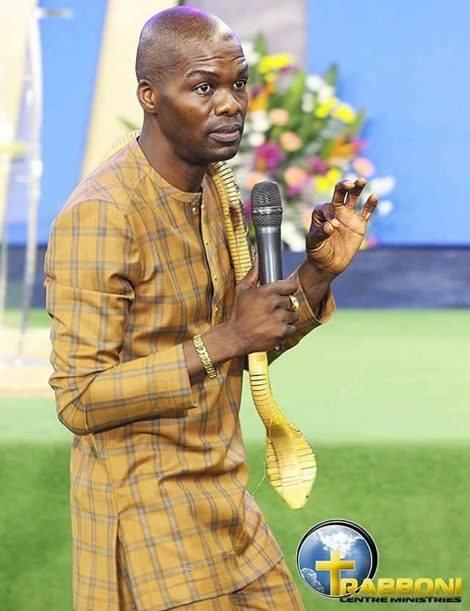 Popular South African cleric identified as Prophet Lesego Daniel, who sometime ago, asked his church members to eat grass and drink petrol for all kinds of miracles, has found his way to dominate major headlines once again over his weird ways of performing miracle.

The General Overseer of the Rabboni Centre Ministries has been captured on camera using a pet snake to teach the word and perform even more miracles. Photos from the church program have now circulated on the internet and for obvious reasons. 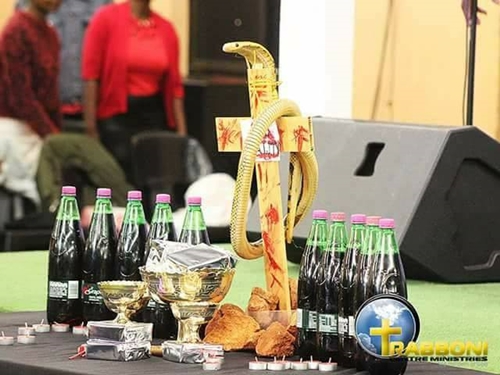 The prophet who announced that it was a communion service, was seen as he wrapped his snake around a cross and placed it in the middle of liquid mixes set to be drunk by the congregation.

Prophet Daniel went on to preach the word and displayed the snake as a sign to activate the miracles.

The members didn’t retreat as seen in the photos and some even seemed to be enjoying the preaching of the apparently enlightened man of God. 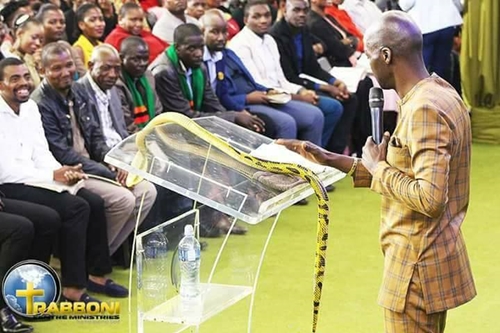 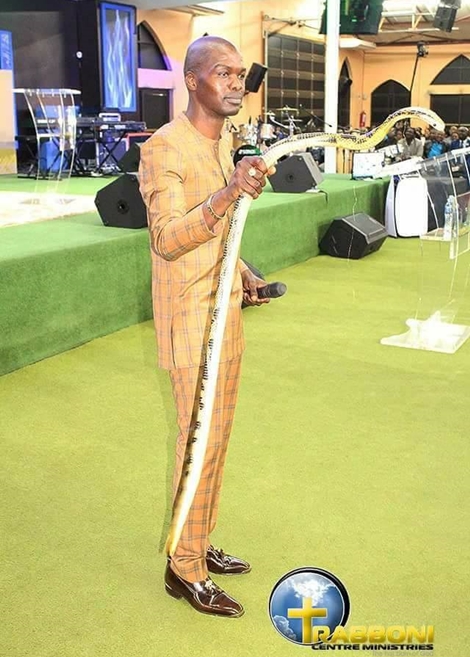