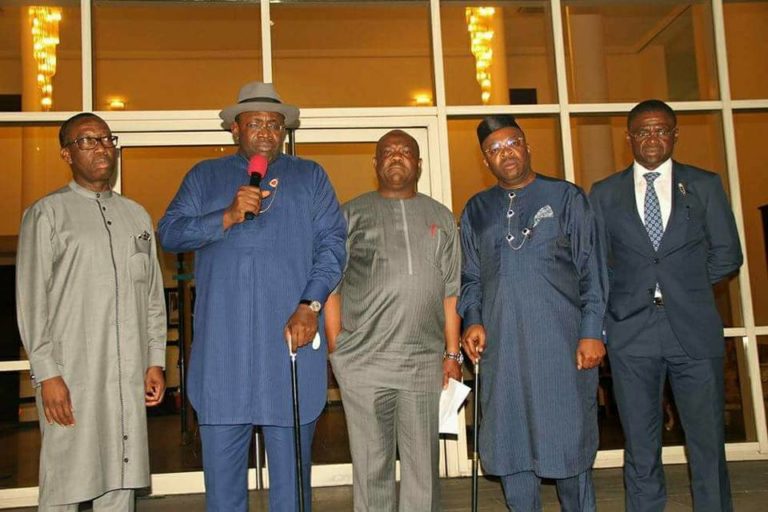 Governors of South-South states have met in Port Harcourt, where they restated their demands for 13 per cent derivation and restructuring of Nigeria.

The governors are Seriake Dickson of Bayelsa State, Udom Emmanuel of Akwa Ibom State, and Ifeanyi Okowa of Delta State.

The governors were received on Wednesday evening by Governor Nyesom Wike at the Government House in Port Harcourt.

Governor Wike led his counterparts into the meeting which was held closed-door.

At the end of the meeting, Dickson, who spoke on behalf of others re-echoed the call for restructuring and also reacted to the withdrawal of the $1 billion from the excess crude account for security.

Dickson said that the demands were in the spirit and in line with true federalism.

He said that the forum also demanded for a 13 per cent derivation from the one billion dollars withdrawn from the Excess Crude Account by the Federal Government for security.

He said that the demand was in accordance with constitutional provision.

Dickson said that the forum was not against the amount withdrawn by the Federal Government to fight insecurity in the country.

He noted that the forum expressed support for the devolution of powers among the federating States.

The forum, he said, called for the withdrawal from the National Assembly a bill on the management and administration of water resources.