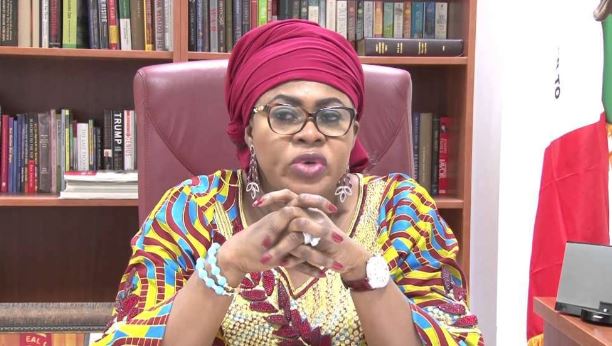 The Senator representing Anambra North in the National Assembly, Princess Stella Oduah, has explained why she dumped the Peoples Democratic Party, PDP, for the All Progressive Grand Alliance, APGA.

She explained that her decision to join APGA was out of conviction that the party is the conscience of the Igbo.

Senator Oduah, while further justifying her decision to abandon her former party, said being an APGA member will give her an opportunity to play local politics and touch peoples’ lives directly in Igboland.

“As a senator, my first obligation is to my constituency, then my state and Igbo-land; it is on this note that I announced my intention to run for the Anambra North senatorial seat under All Progressive Grand Alliance, APGA.

“My joining APGA is borne out of the conviction that the party is the conscience of the Igbo because all politics are local. APGA possesses the midas-touch to turn the South East into the land of gold.”

The senator recalled that, “when I sponsored the South-East Development Commission, SEDC, Bill in the Senate in 2017, it was to drive the Igbo agenda. It was an expression of a potent desire to see a change in my homeland, and an examplification of that sacred Igbo philosophy.

“As you all know, the South East is a region with the least Federal Government presence in terms of projects. The region grapples with ecological problems, bad roads, poor electricity, unemployment and decrepit infrastructure.

“It is also the region with least appointment in the Federal Government. Besides other factors, I believe the neglect of the region fueled the agitations for an independent state by some groups.”