These lovely photos of an Oyinbo couple and their kids rocking the Super Eagles kits for Russia 2018 world cup will make you proud to be Nigerian.

The kits have been named the best for the tournament and immediately sold out the moment Nike launched it for sale on the 1st of June. Shortly after the kits sold out, Nike revealed that there is no plan to restock as fans all over the world are yearning to have a copy of the jersey. 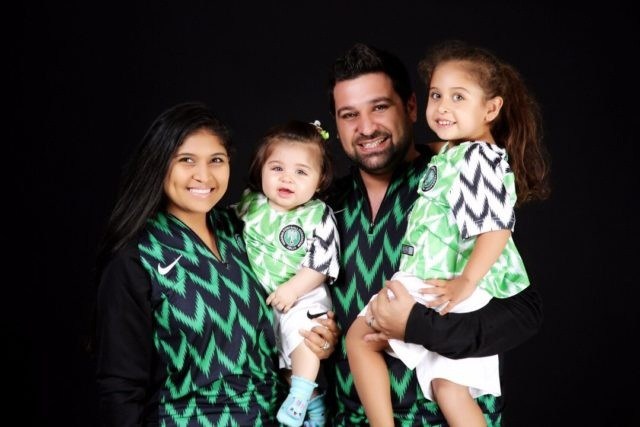 The brain behind the design of the Super Eagles kits is Matthew Wolff who works for Nike. After the unveiling, he took to Twitter to say;

“It was so much fun designing these World Cup 2018 pieces for Nigeria with the Nike team!” 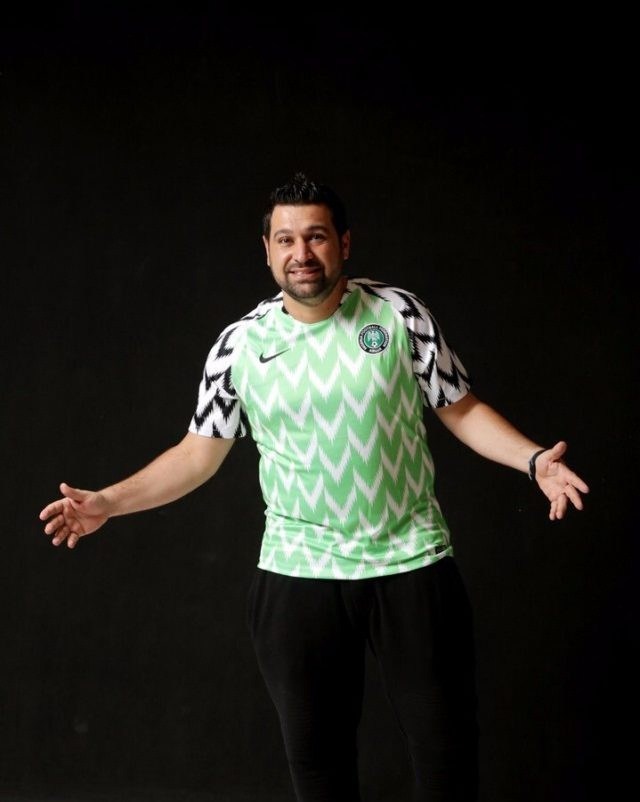 Many Nigerians are wondering why a kit meant for them can’t be found in any store in Nigeria. They even complain about the delay in launching the kit which has led to the counterfeit flooding the Nigerian market. 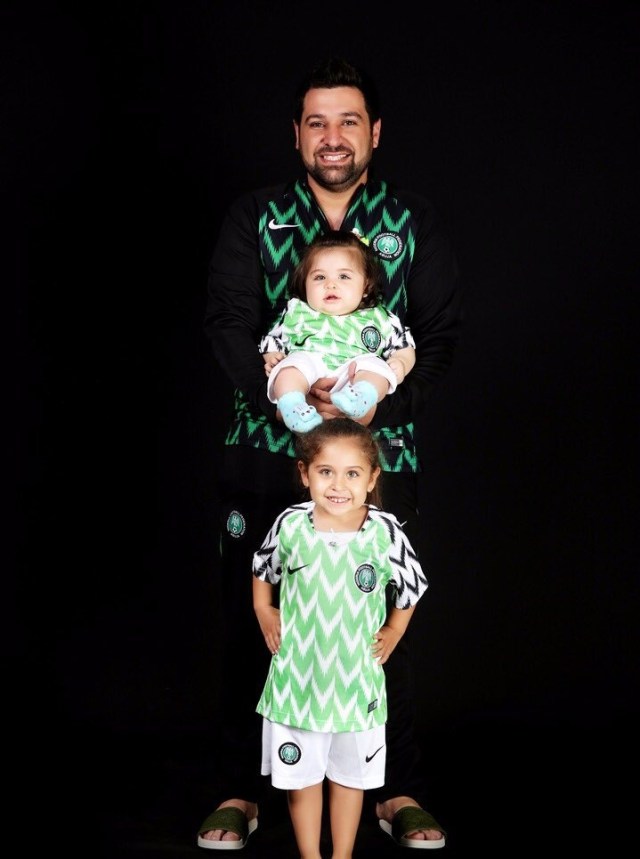 Recall one of those selling the fake jerseys in Nigeria was interviewed by BBC. He spoke of the gains he was making. The counterfeit can be gotten for as low as N4,000. Many Nigerians, even those who can afford the original at its expensive price, have resorted to wearing the fake which really doesn’t look much different from the original. This is due to the delay Nike took in launching the sale and also not launching in Nigeria.