Ocherome Nnanna, the Chairman Editorial Board of Vanguard Newspaper has turned heads with his careless statement.

This has caused the media company to release it’s official statement on the hateful and tribalistic speech.

Vanguard has disassociated itself from Ocherome Nnanna’s viral comment and reminded the general public of it’s brand promise to deliver the news as it is, without favour or contempt for a particular tribe.

Without disclosing details as to the sanction or punishment which awaits or currently meted on Nnanna, the newspaper pledged its commitment to serve the public, as it noted that his comment was private and indeed unnecessary.

Check out the statement here: 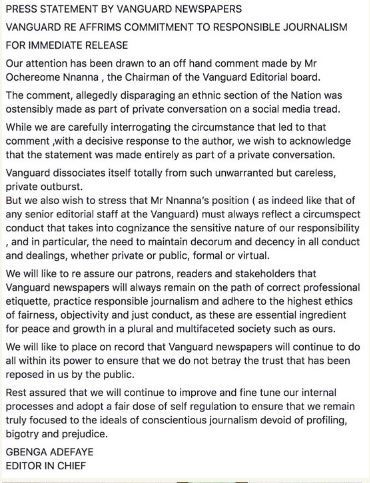 Where Nnanna stated that Yorubas are sophisticated morons; 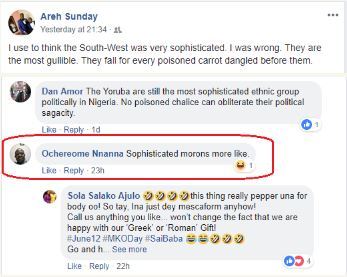