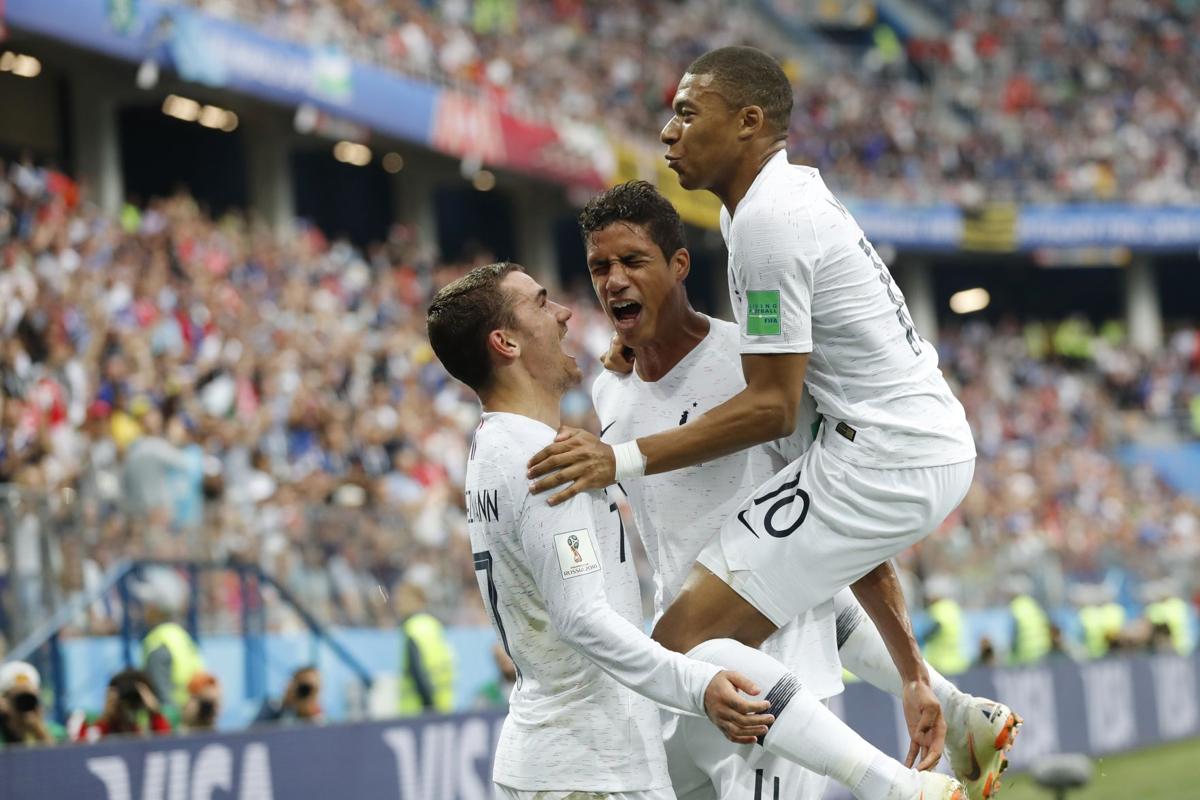 France, 1998 champions, are through to the semi-finals of the Russia FIFA World Cup, after beating Uruguay 2-0.

Two goals, one each by Varane and  dangerman Antoine Griezmann gave  Les Bleus  a deserved victory against the South Americans.

France will now await the winner of the later match between Brazil and Belgium to know their next opponents.