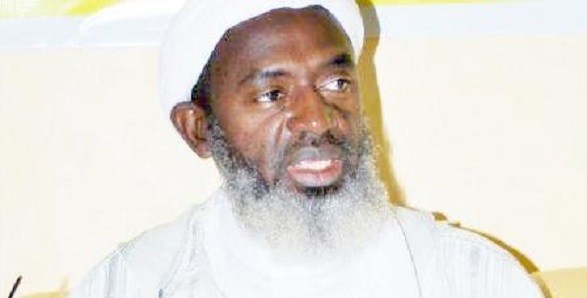 Fiery Islamic cleric, Sheikh Ahmed Gumi, has said that President Muhammadu had performed worse than the immediate past President, Goodluck Jonathan in every area.

He said Buhari ws just a common man and wondered why people seem to be afraid just because the President had a team of illiterate fanatical followers.

Gumi said Buhari was a victim of ignorant, unemployed and senseless followership that stiffle other politicians.

Definitely, the situation now is worse. The economy is worse. Feeding is a problem; medical care is a problem. There are problems everywhere. Nigeria is down. Nobody is secure. The honest people in government have pulled out.

Look at what a governor said recently; that he was resigning his position as the Chief Security Officer because he is helpless. Another governor said we have to face the fact that there is a problem in Nigeria. We can’t deny that.

“Buhari is just a common man. He is just an ordinary one man in Nigeria. We cannot be hypocrites, hiding facts because of a man.

“Why are people shivering because of him because he has a team of illiterate, fanatical followers? We can deal with them. They should not hold us to ransom. He is a victim of this ignorant, unemployed and senseless followership.

“When politicians see that, they become frightened. We won’t succumb to that. Let’s do what is right. Put the right Nigerians to lead us, if not, we will destroy ourselves. We cannot be victims to these rascals.

“When you try to correct the president, they come out in their millions trying to abuse you. They don’t even counteract your points with knowledge. If you think abusing us will deter us, you are making a mistake.

“There is problem with and in the government. We have absolute failure in government. People are dying, things are not good. We cannot continue this way.

“How do you blame somebody who does not have access to the other room? You cannot change Buhari. He is already cast in a mentality. He believes that most Nigerians, if not all, are rascals, thieves and 419.

“He believes only his own circle are the good people. You cannot get across anything. He has castigated Nigerians in many fora and everybody knows that. He is somebody who always blames others; he does not take responsibility for anything.”