Mgborukwe and Ojukwu got married in October 2011 and seperated in 2012, just few months after their wedding ceremony. Juliet revealed that the marriage had ended over ”irreconciliable differences”. Read story here.

Well, there are two sides to every story and Chima has come out to say his own side of the story and also shared a video of Juliet attacking him at their home. According to him, Juliet has been engaging in extramarital affairs. 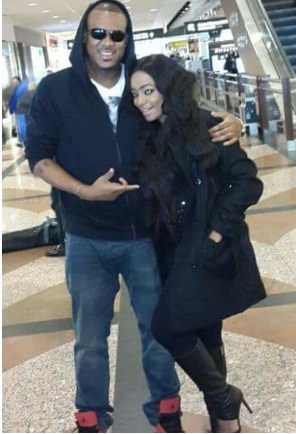 Read what he wrote below ;

For years this woman have been lying using domestic violence as a shade to her Nigerian bloggers well hear the truth now and nothing but the truth cause I’ve had it, not that I owe anyone an explanation but I want the truth out there and if o run out on this tittle please continue reading on the video itself, now carefully observe this video who’s the aggressor here, this woman claimed I beat her up everyday of her life, does the woman you see in this video look scared at all?

Now this was everyday of my life, she wanted to go do her thing after she got a green card from me, she wanted to go get her own job place and live her life, I said so now you got a green card is time to leave so you never came for marriage you came to use me, she said she wants to work and help her family in Nigeria and that’s all that matters at this point, I was like fine, I came home on March 14th my kids and herself were gone, I called I said where are my kids she didn’t say anything, for 3 months I didn’t see my children this evil woman just took them away from me it wasn’t until I went and filed for divorce that she brought them back, now go back to this video this was her plan to get me to hit her but as you can see I kept my cool, I also found out she was already cheating and sleeping with another man while married the same guy that beat her up and kicked her and my children out her apartment at night the same pics she put up on the Nigerian blogs and said I did it, you see this woman lies for a reason, a user and has no conscience whatsoever, the green card she has I gave her, she’s still driving my bmw till this day, she’s still under my health insurance and car insurance, you would think she would be thankful but She’s just a ruthless evil person, so she looked for a story to tell people why she left her marriage.

Instead of telling the truth she cooked up lies about domestic violence and said to me you know Nigerian people will believe me you have a mean face and tattoos you fit the description this is what she said when she couldn’t get me to hit me or do something crazy, instead of telling the truth that she was cheating in her marriage and left to go work cause she wanted to be on her own like she said her goal in life is to have kids by a handsome man and then go do her thing cause she can’t live under a man, then tell the truth.

Instead she goes starts making up shit with these Nigerian bloggers they keep writing shit without caring about the truth. The first time this happened was two months after the traditional wedding this woman ran cause my dredging business in Nigeria slowed down things got hard she thought I didn’t have money and ran and then after about two years she saw I was doing good she called me, begged to get back I was like what the hell I’ll take her back afterall I already did the traditional marriage she begged me not to tell anyone that she asked to get back with me I kept it a secret .

I was thinking family she was thinking using me for a green card, kids and living here, her health insurance is under me, car insurance me, she still drives my bmw I mean even the job she has is my connects her whole existence here is me.

Anyway so after she ran the first time she did this same shit went to the Nigerian blog and said my husband was maltreating and beating me everyday shaking my damn head!!!!! I read that I was like wow what a devil, I never touched this woman instead of her to tell people the truth that she left thinking I didn’t have money. Lies lies lies, deceit and more lies is what this woman does, now think if I bruised and beat her up as she claims why aren’t I in jail? That looks like felony beating I will still be behind bars, do you people even use your senses sometimes? Remember this is America shit like that doesn’t fly here 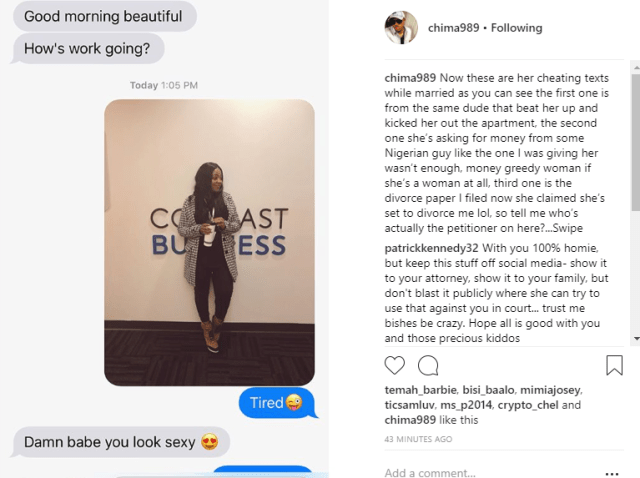 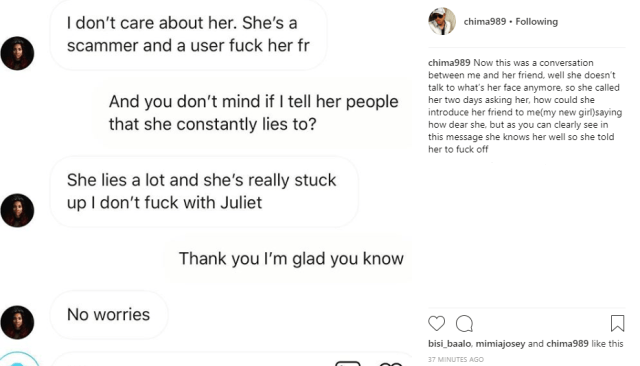 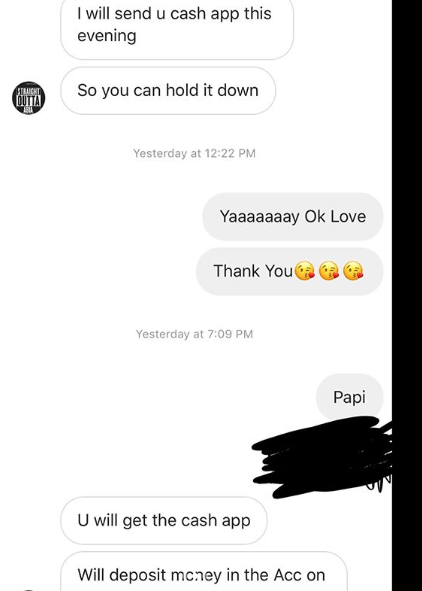 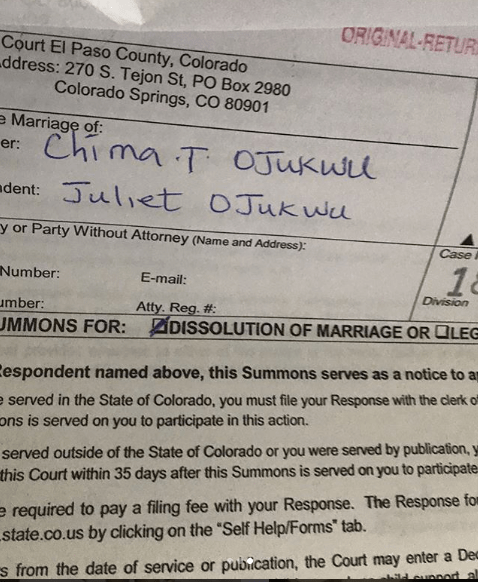 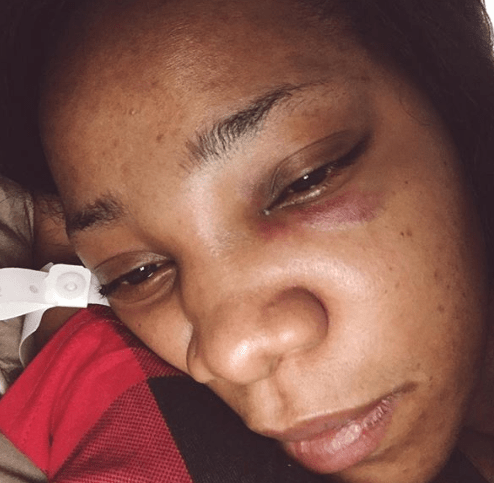