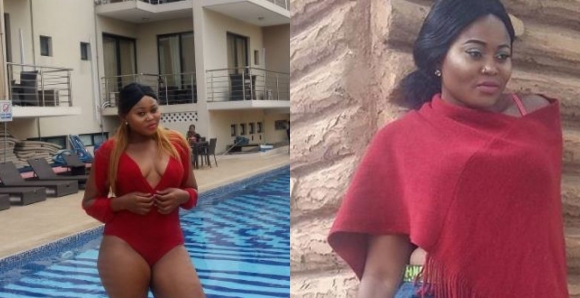 The talented video vixen who always flaunt her assets in public was on set on this fateful day when her pants suddenly ripped.

Here is how she narrated her ordeal to Inside Nollywood:

“I have had several embarrassing moments. The one I can recall vividly was when I was on a movie set dancing. Unknown to me, my pants got torn and the DOP didn’t tell me. I was dancing and twerking, having a nice time on set, not knowing that the crew were having a nice time watching me dance with my torn pants. When I later realised, I was so angry. I told the DOP I won’t work with him again.”

She maintains that she flaunts her assets in public because her boyfriend always encourages her to do so.