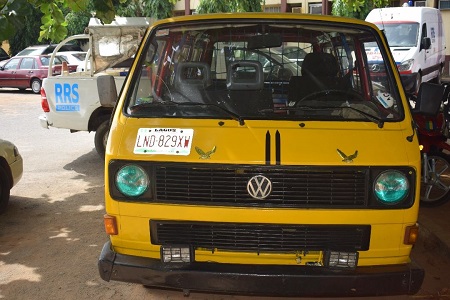 Commuters around Pen Cinema in Agege area of Lagos state on Friday morning experienced commotion after a Danfo driver caused a train to lose stability, killing at least nine persons.

According to eyewitnesses, the driver of the train on sighting the bus parked beside the rail line, started honking.

However, unknown to the train driver, who was coming on a normal speed, the bus driver of the bus was on it.

The train and some if it’s passengers, subsequently lost stability and those who hung on top of it, fell off and were killed by the moving train.

This comes less than one month after a danfo driver caused a tanker accident that led to the explosion, that killed nine people and burnt over 50 cars.