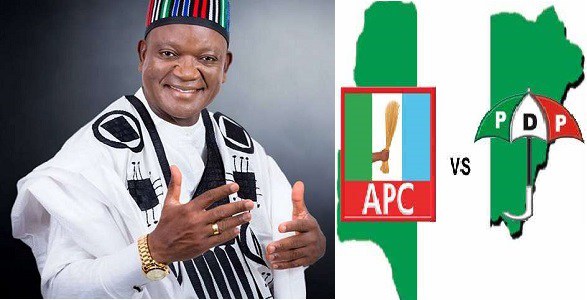 Benue State Governor Samuel Ortom has announced his defection from the All Progressives Congress (APC) to the Peoples Democratic Party (PDP).

He made the announcement during a meeting with some elected Local Government Chairmen and Councillors on Wednesday at the Government House in Makurdi.

This came hours after protesting youths barred him from traveling to Abuja to attend the APC reconciliation meeting.

In mid-July, Ortom announced that he had been red-carded by the party and had become free to join another party of his choice. Days later, after meeting with Oshiomhole, he made a U-turn, saying he was still “flying the APC flag”.

A second about-face was to come few days later, when he said his decision to leave the APC was final.