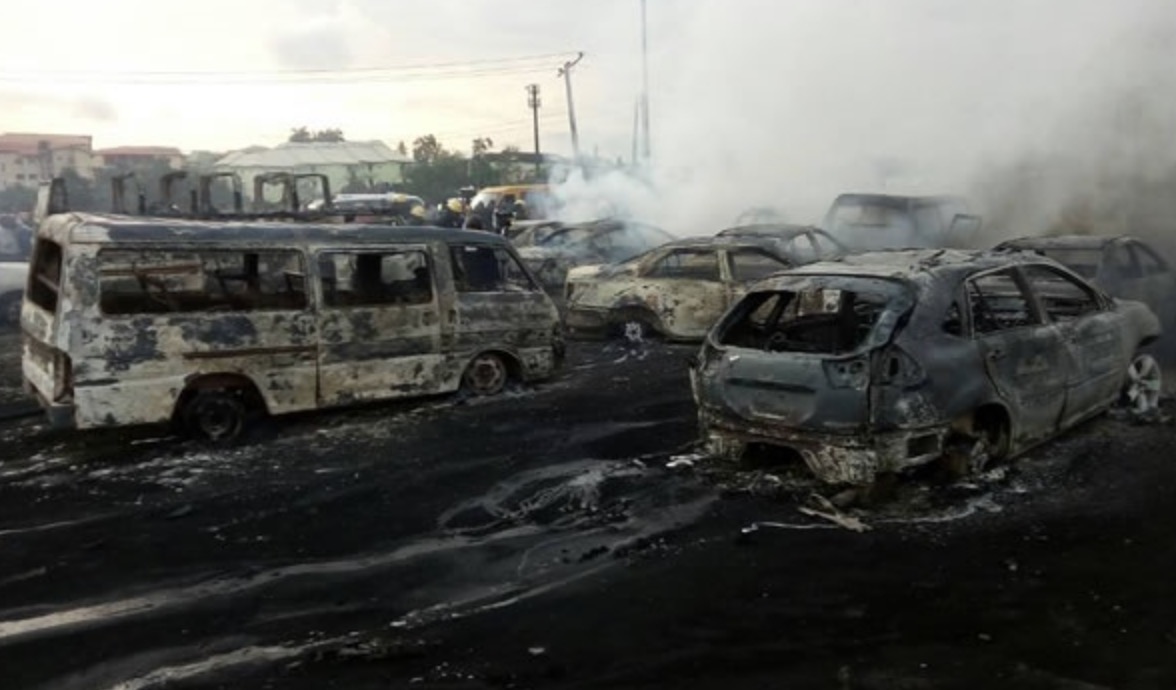 25 days after the horror recorded on Otedola Bridge in Nigeria’s commercial capital, Lagos on June 28, 2017, more revelations are being made by state authorities.

The identity of the owner of the tanker which caused the mayhem has been revealed as Hassan Yusuf Maiwaka.

The tanker was not registered in Lagos. It’s registration documents have been traced to Nasarawa state – NSR 88 YK.

His designation and name of his organization were not announced by state authorities.

The Permanent Secretary at the Ministry of Transportation in Lagos, Taiwo Salaam confirmed this during a meeting with owners of vehicles that were lost to the inferno.

Salaam also confirmed that 55 vehicles were burnt. 39 of these cars were registered in Lagos.

Details show 42 SUVs; 7 buses, 3 trucks; 2 pick up vans and 1 motorcycle were lost as the fire spread from the tanker.

Salaam also confirmed that Mr. Maiwaka has been cooperating with state authorities since the sad inciden