In just a few hours from now, the beautiful coastal city of Calabar will be lit up. It’s World Friendship Day and the number one friendship beer, “33” Export is set to make this year’s celebration a memorable one for all with some of Nigeria’s A-List artistes including celebrated rapper, Phyno and Mr Songz himself, Harrysong already confirmed to be on ground in Calabar. 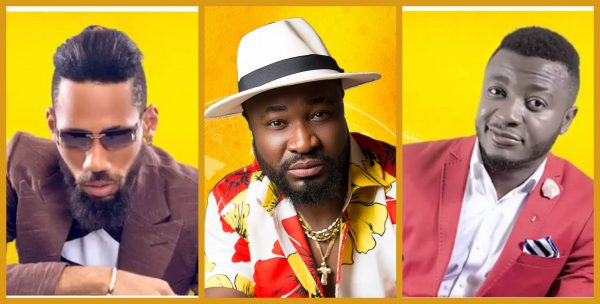 The duo arrived the Margaret Ekpo International Airport today ahead of the concert happening this afternoon, and tomorrow Sunday 29th at the Municipal Garden in Calabar. The two day event will bring together friends from across the country to celebrate the values of friendship in an atmosphere of music, dance, comedy, games and fun in the people’s paradise.

Calabar plays host to Africa’s largest street carnival, the Calabar Carnival which debuted in 2004 and attracted millions of tourists from around the world. With these credentials, Calabar is definitely the place to have a great time with friends and loved ones and with the World Friendship Day already here, it just makes perfect sense that the “City of Friends” will happen in the beautiful coastal city.

Rap god, Phyno will be thrilling fans in Calabar to some of his hit songs including “fada fada,” “Connect,” as well as songs from his “Playmaker” album and most recent NWA single.  Hit maker Harrysong aka Mr Songz will also be shutting down Municipal Garden, venue of the party, with back to back hits from his collections. He definitely will be thrilling the audience with his club anthems like “Selense” “Reggae Blues”, “Better Pikin”, and  “Happiness” among others.

Homeboy and Calabar’s finest MC Galaxy will also be joining the duo of Phyno and Harrysong to delight the attendees with captivating music and dance performances of some of his hit songs.

There will be no shortage of comedy as the hilarious MC Shakara will be there to thrill the audience as well.

Unable to attend the City of Friends party in Calabar? Not to worry, the Lagos edition will hold at the Eagles’ Club in Surulere on 3rd and 4th of August with top artistes like Pasuma, 9ice, Simi and Small Doctor confirmed to perform.

As always, attendees are definitely in for a great time at this year’s City of Friends so don’t dull, go have a great time with your friends, or Day One Niggy as Lasisi Elenu calls his.