D’banj is gradually snapping out of mourning weeks after the sudden and painful death of his one year old son, Daniel the third.

The grieving Father is finally ready to take the stage again albeit in an emotional way.

D’banj who disappeared totally from the ‘gram since the incidence has spoken again, the second time since he announced little Daniel’s demise.

In his new post, D’banj has hinted that he might be performing after all at the Global Citizen Festival coming up later in the year. He shared the poster for the event with the caption: “It is on us to end poverty”.

The singer has been scheduled to perform alongside top artistes like Beyonce, Jayz, Usher, Wizkid, Femi Kuti, Tiwa Savage and some others in Johannesburg.

Hopefully, before December D’banj would have found peace with himself, enough to let go of mourning and take on life again. 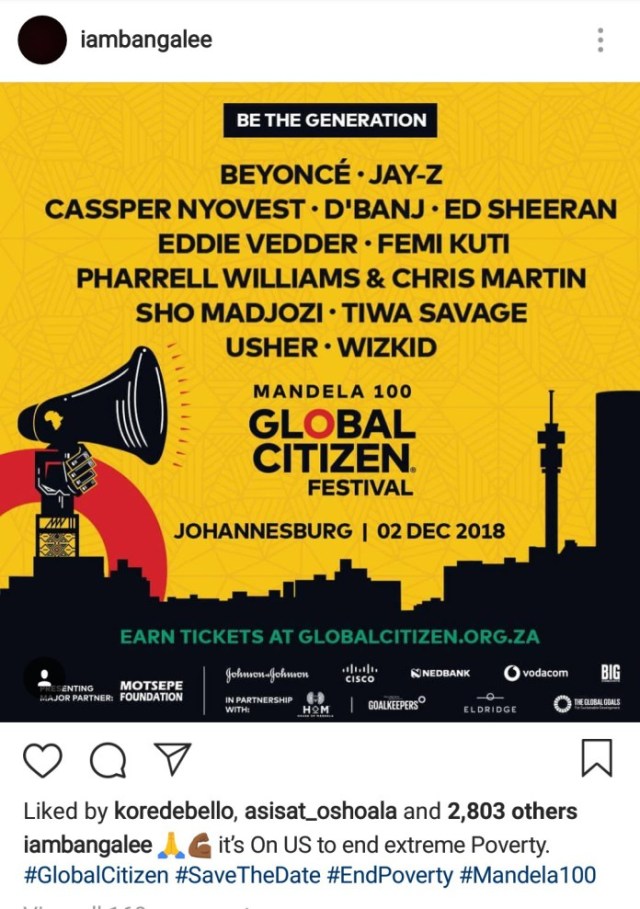