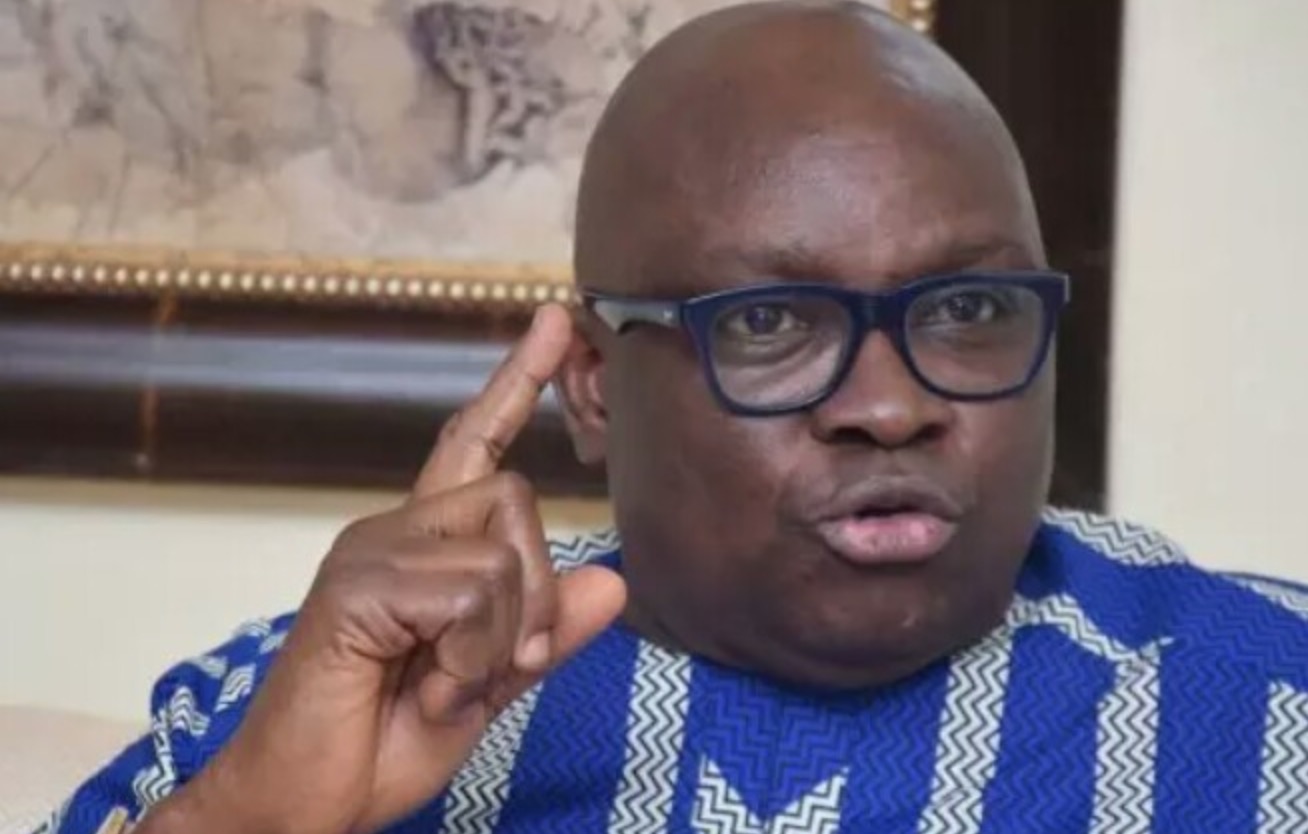 Ekiti State governor, Ayodele Fayose, has told President Muhammadu Buhari and the All Progressives Congress (APC) that he will have the last laugh over the Ekiti State gubernatorial election which the People’s Democratic Party (PDP) lost on Saturday, July 14, 2018.

In a statement signed by Fayose’s Chief Press Secretary, Idowu Adelusi, on Monday, July 16, the governor boasted that he doesn’t lose battles and will not lose this one.

He said the APC should be ashamed of winning the election in a violent and shameful manner and said only Buhari could pride himself on such conduct.

He said, “I am Peter Ayodele Fayose , I hold with my head high. I can never be suppressed. I don’t lose battles and I will not lose this. I will laugh last.

“The President should note what the Bible says which applies to him, ‘He that wears the armour should not boast as he that removes it.’

“It is only Buhari that will pride himself with the security shooting sporadically at polling centres , scaring people to pave the way for the APC thugs to snatch ballot boxes.

“If APC has truly won, why is it that there is no jubilation in Ekiti? The victory of Kayode Fayemi is pyrrhic. We will reclaim the stolen mandate in the court by the power of God.”

In a video that emerged earlier on Monday, the governor had appealed for calm in the state while remaining defiant that the election was manipulated to crown the APC. He said the party will seek a solution within the confines of the law and advised Ekiti residents to stay calm while the party resolves the issues