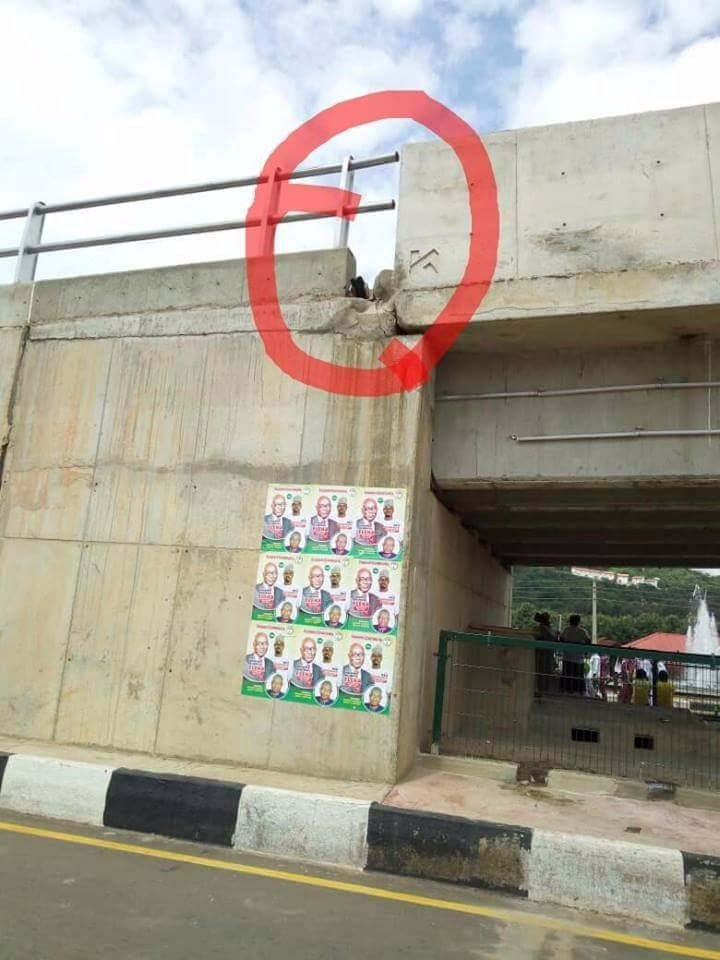 The first flyover bridge in Ado-Ekiti, the Ekiti State capital  constructed by the Ayodele Fayose administration, the first of its kind since the state was created in 1996.

The bridge which was commissioned by former President, Goodluck Jonathan, and said to worth billions of naira is already cracking open.

A recent photo of the few months old bridge was shared by on Twitter by social media commentator, Kayode Ogundamisi. According Mr Ogundamisi, Mr Fayose should fix the bridge immediately or refer the contractor to the Economic and Financial Crimes Commission for probe. He also stated that the bridge has been closed.

.@GovAyoFayose Your 3 months old 17.7billion bridge is already cracking. Learnt its now closed. I beg fix it ASAP or refer the contractor to @officialEFCC pic.twitter.com/QQw0i02OnL

The Commissioner for Finance, Chief Toyin Ojo in a statement around April, put the total cost of the Fajuyi-Ojumose 1.3-kilometer overhead bridge at N6.4billion.

Controversial on-air personality, Daddy Freeze has confirmed that it is biblical to go to school. The OAP made the response after Tunde Ednut, a popular...
Read more
- Advertisement -