Femi Kuti, the son of legend, Fela Anikulapo Kuti has revealed that the visiting French President, Emmanuel Macron was told that Lagos State govt repaired the road leading to the Shrine just because of his visit. 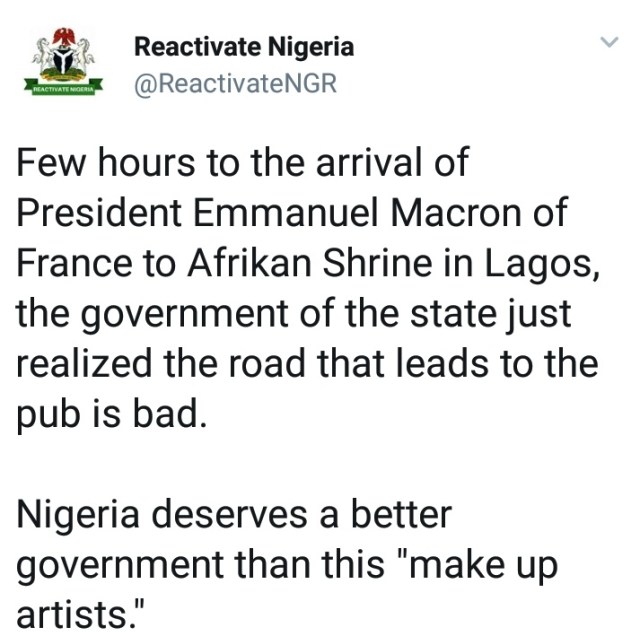 While being challenged on social media late last night, Femi Kuti disclosed this and asked why the visitor shouldn’t be told 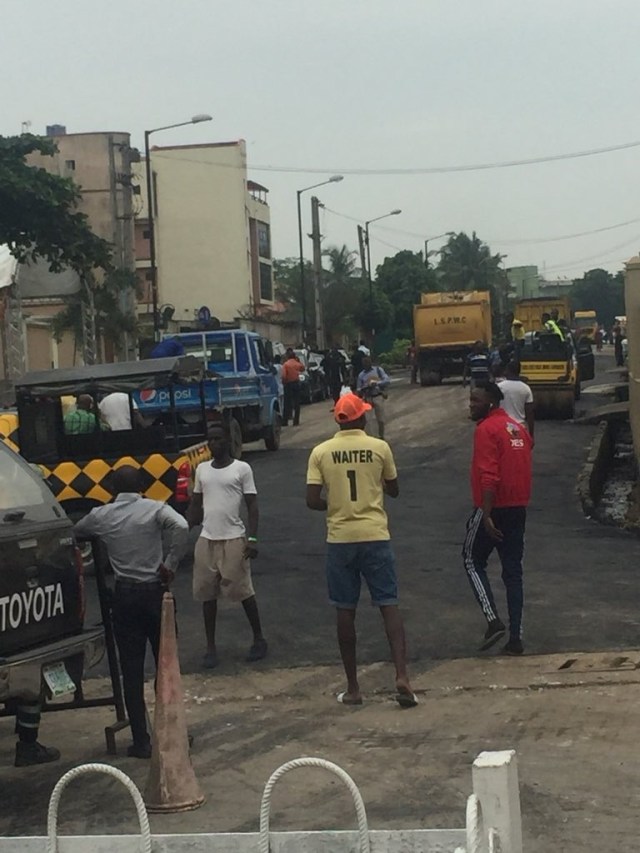 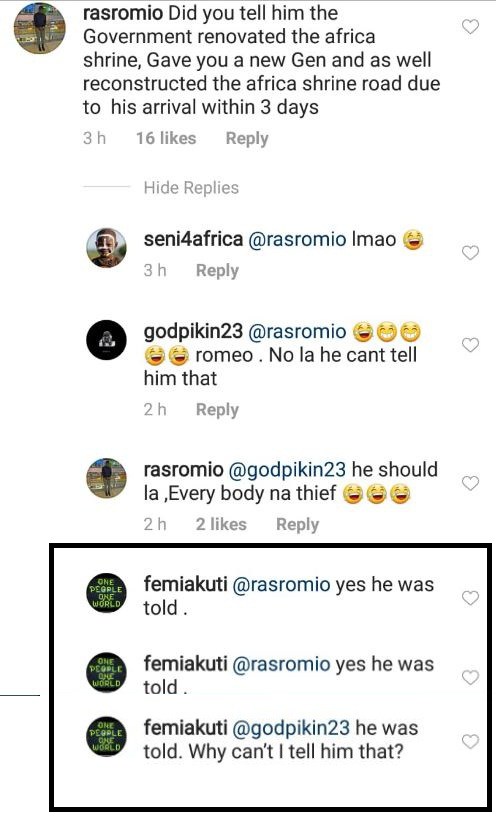 They just started cleaning today because Macron is in town and would most likely go through this road.

Basically we as citizens are not entirely entitled to clean roads. The real Lagos island is an eye sore in terms of sanitation. pic.twitter.com/X3YXJNfxNA

So because French president Emmanuel Macron is coming to the Afrika Shrine tomorrow, the Lagos State Government have decided to work on the road a day to his visit… #Naija! @AFRIKASHRINE @Gidi_Traffic pic.twitter.com/wME4fFkgrK

This Lagos overnight road construction for Macron’s visit is reminiscent of children in primary/secondary school doing assignment a day before submission, or Uni students rushing to do project at the end of sem, or a worker rushing a report in the office..

Lagos government hurriedly had to fix the road leading to Fela’s Shrine simply because Macron was coming around! Jokers…

How the same roads i take daily has become a first world road in 48hours is proof that our leaders can perform when the stakes are high. It means if 15 macrons can visit 15 areas in Lagos state every road problems in those 15 areas can fixed in 48hours. #thisisNigeria

Meanwhile, The Governor of Lagos State, Akinwunmi Ambode on Tuesday said that the visit of the President of France, Emmanuel Macron to Lagos will usher in a new dawn.

Ambode made the remark while speaking at the Afrika Shrine in Ikeja, on Tuesday night, at an event tagged “Celebrate African Culture”, which welcomed Macron to the state.

Ambode stated that the French Leader’s visit would signal the dawn of a new collaboration between France and Lagos State.

Share
Facebook
Twitter
WhatsApp
Previous article“Are You Bisexual, Why Do You Like My Boobs” – Funke Adesiyan asks Linda Ikeji
Next article‘Police have no right to arrest me’ , says Man caught with 2 skulls (Photo)
- Advertisement -

Recall that Peruzzi's former boss, King Patrick alleged that there was no proper documentation of the singer's signing at Davido's DMW record. Well, Peruzzi has...
Read more

Former Big Brother Naija housemate, Khloe has gotten a reply from one of her former classmates following how she dragged her entire class set. The...
Read more
- Advertisement -