”I will probe Fayose once I assume office” – Kayode Fayemi

Ekiti state governor-elect, Kayode Fayemi, says he will be probing the financial record of the incumbent governor, Ayo Fayose, once he assumes office in October this year.

Dr. Fayemi said this yesterday to state house correspondents when he went to show President Buhari his certificate of return. 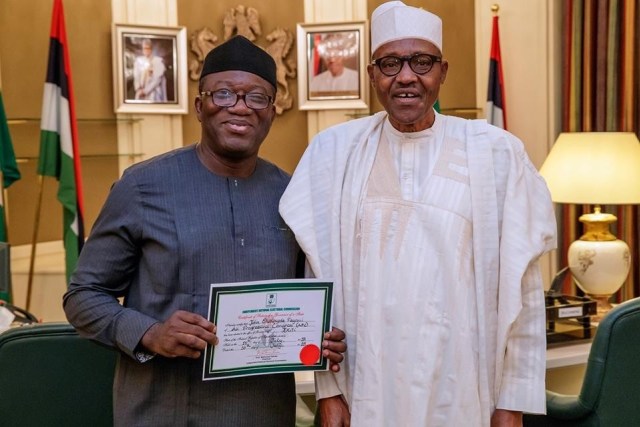 According to Fayemi, it is important to know how much revenue the state generated during Fayose’s administration and why the Fayose-administration couldn’t pay salaries for months.

”It will be irresponsible on my part to say to you that we will not examine what transpired in the last four years in the manner of governance. What were the receipts in terms of revenue into Ekiti state. What were the expenditure in that period? Why were we not able to pay salaries?”

Share
Facebook
Twitter
WhatsApp
Previous articleFirst Photos from Sarkodie’s Traditional wedding to Tracy
Next articlePDP Threatens to Pull out of 2019 General Elections
- Advertisement -Ad ==> Discover how a young Nigerian graduate now makes a consistent 40k per week doing a legitimate online business. You too can start yours now, click here!!!