Lagosians argue over whether height matters in relationships 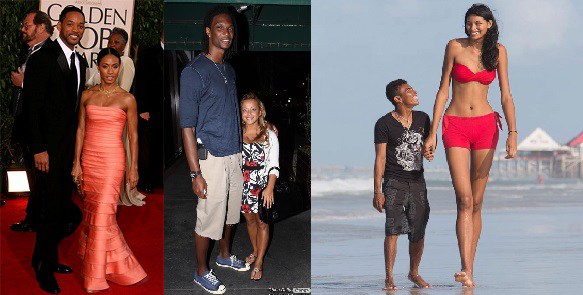 Some Lagosians have argued over whether the issue of height is a barrier to the choice of spouse in relationships.

While others say it does not matter to them, some are of the opinion it is an utmost necessity.

Some told a News Agency of Nigeria correspondent in Lagos in separate interviews that height was an important factor to consider before going into any relationships.

Those who believed that height was an issue in relationships, said it could make or mar a relationship.

Chief Abiodun Ajayi, an importer residing in Lagos, said height mattered so much in the choice of a spouse, especially when the man is below average height.

He added that: “height matters so much in marriage or relationships, it is expected that husband should be taller than wife, but when the reversed is the case, it creates inconveniences for the couple.

“These inconsistencies come in what people perceive or say. Ironically, it may have no effects on the physical performance or responsibilities expected of the two.”

According to Ajayi, who says he has produced two medical doctors with his taller wife, the financial capability hasn’t got anything to do with physical size.

Kenechukwu Nwaka, a publisher of school books also in Lagos, said he had been married for 12 years with four children, adding that height should be considered in relationships.

He also believed that the man should be taller than the woman “so that the woman would not look down on him.”

He added that “if the woman is taller, it tends to dwarf the man.”

He, however, said “I want to believe that taller women have wider pelvic wall for child birth, though this is arguable.”

Meanwhile, a middle aged lady who did not want to be identified, also said height mattered so much to her because she was disadvantaged in height.

She said “yes, height matters a lot for me in relationships because I am short, I go for taller men
and that is how it should be.

“On the contrary, short men should go for taller women to perfect a couple match.”

Also, a beautician, Mrs Peace Umeorah, who is relatively tall, described height as a serious determinant in any relationships.

She said “height in marriage is as important as checking the genotype of a prospective partner because that would determine the physical structure of your children.

“When a short man marries a short woman, the tendency of producing tall children is almost impossible, then why cause physical disadvantage for your children.”

Umeorah, who is also a lab scientist, advised short men to consider taller women and vice versa in relationships.

However, Mrs Kemi Alabi, a trader, said that the issue of height should not be a yardstick in choosing a partner, adding that character was the most important issue in relationships.

She added that the issue of physical looks, especially height, should not encourage or discourage a man or woman into relationships.

Meanwhile, Andrea Nathaniel in a Facebook post, wrote:“height does not matter at all, the main thing is to love each other.”