President Muhammadu Buhari has met with former finance minister, Dr. Ngozi Okonjo-Iweala, on the sidelines of the 31st session of the AU Summit in Nouakchott, Mauritania.

Ngozi recently launched a book on her tenure, which she titled, ‘Fighting Corruption is Dangerous’.

May be the president is telling Ngozi not to scare him in the battle against corruption. It is doubtful if President Buhari will ever heed her warning, as his government continues to battle the monster of corruption in the country. 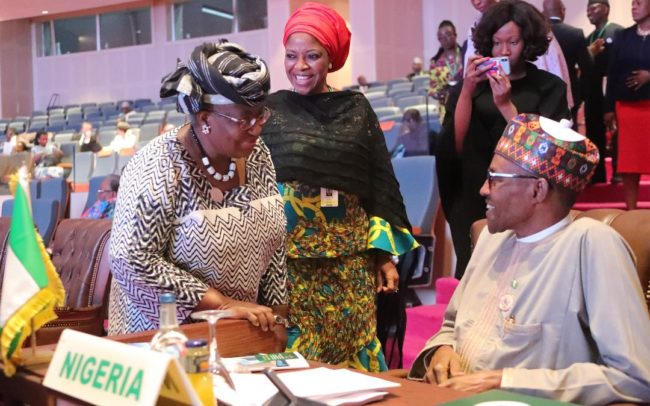 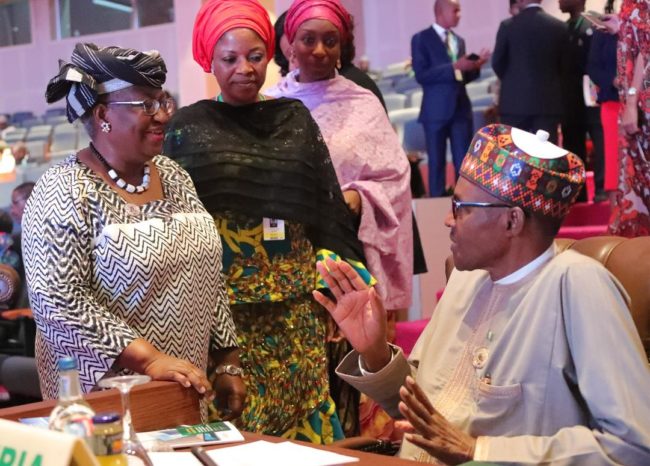