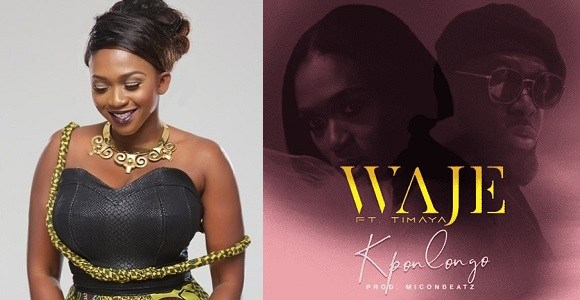 Waje spoons out a new record with talented singer, Timaya on the record titled, “Kponlongo” produced by Micon.

Waje previous released a track titled, Each Other, and now she’s back with a Timaya-assisted track, set to take over major radio stations and air plays.

According to multiple reports, Waje is working on a new EP scheduled to be released later in the year.

While we wait on that, Check on Kponlongo Featuring Timaya.