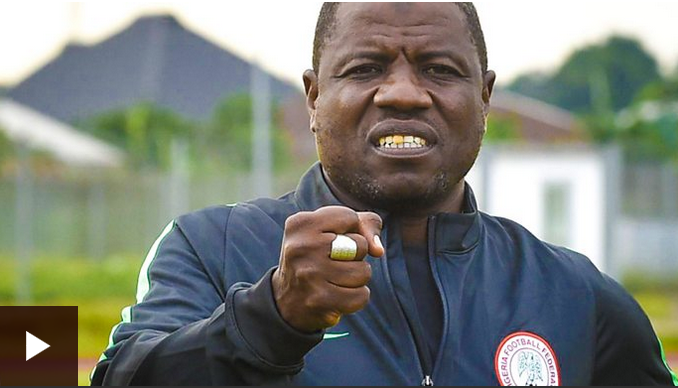 The coach of the Nigerian national Salisu Yusuf team has been caught on camera collecting bribe from undercover journalists who pretended to be football agents. The bribe was offered and was collected after a discussion on player selection, BBC said.

The former Enyimba and Kano Pillars coach was in temporary charge of the Super Eagles for the friendly victories over Mali and Luxembourg in 2016 after Sunday Oliseh resigned.

He was appointed by the Nigeria Football Federation as head coach in 2016, shortly before Gernot Rohr was named as the technical adviser.

Chief Coach of the Super Eagles Salisu Yusuf has been caught on camera taking cash from reporters posingas football agents who wanted their players to be selected for CHAN 2018 pic.twitter.com/EQ73kjK7a1