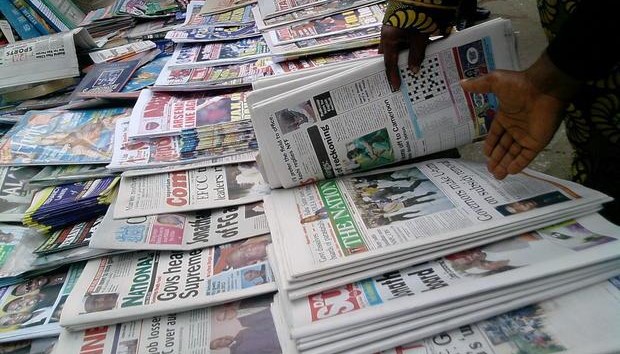 The All Progressives Congress has offered its aggrieved National Assembly members automatic tickets in their constituencies in a last-ditch effort to stop the impending defection of the lawmakers from the party.

Alhaji Balarabe Musa is a former governor of old Kaduna State. The veteran politician of leftist tendency, in this interview, bares his mind on the state of the nation.

After a String of Governorship Losses PDP Resolves to Change Name

The Special Adviser to Lagos State Governor on Education, Mr. Obafela Bank-Olemoh, told GBENGA SALAU, that the state government remains committed to the payment of bursaries and award of scholarship to indigenes of the state.

The reconciliation being embarked upon by the All Progressives Progress (APC) is too little and it is coming a little too late because in Kaduna, the people have decided to throw away the baby with the bath water. God gives power. It is apparently clear that with our exit, APC has lost power in Kaduna, come 2019.”

No fewer than eight governorship aspirants of the Peoples Democratic Party (PDP) in Kaduna State have agreed to come out with a consensus candidate for the 2019 election.

I am Successfully Single Dino Melaye

nator Dino Melaye, is popularly known for his array of cars and dress sense. In this interview with BODE GBADEBO, he reveals that he is successfully single and talks about other personal things about him that may not be known.

Ex-House of Reps members decamp from PDP to APC

Two former members of the House of Representatives on Saturday decamped from the Peoples Democratic Party (PDP) to the All Progressives Congress (APC) in Akwa Ibom state.

Ademola Adeleke, the Osun West senator renowned for his dance moves, has won the governorship primary of the Peoples Democratic Party (PDP) in Osun State by the slimmest of margins.